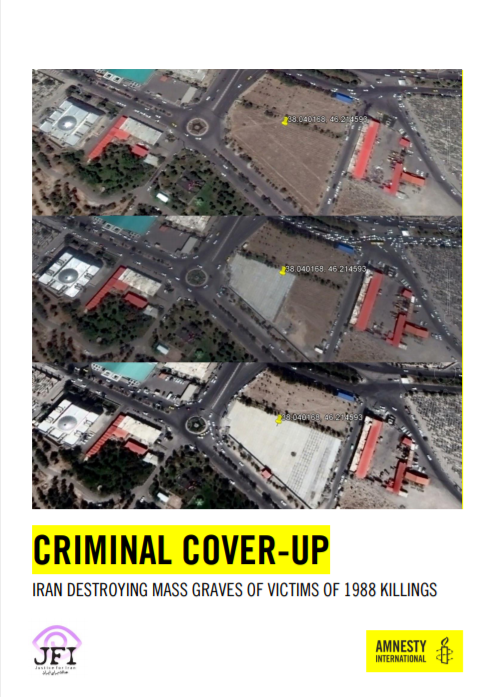 30 April 2018: New evidence including satellite imagery, photo and video analysis show that the Iranian authorities are deliberately destroying suspected or confirmed mass grave sites associated with the 1988 massacre. During the massacre, thousands of prisoners detained for political reasons were forcibly disappeared and extra-judicially executed, according to a report released by Amnesty International and Justice for Iran.

Criminal cover-up: Iran destroying mass graves of victims of 1988 killings reveals that the Iranian authorities are bulldozing, constructing buildings and roads, dumping rubbish or building new burial plots over mass grave sites. These tactics are destroying key evidence that could be used to establish the truth about the scale of the crimes and obtain justice and reparations for the victims and their families. These sites have been under constant surveillance by security agencies, which suggests that judicial, intelligence and security bodies are involved in the decision-making processes related to their desecration and destruction.