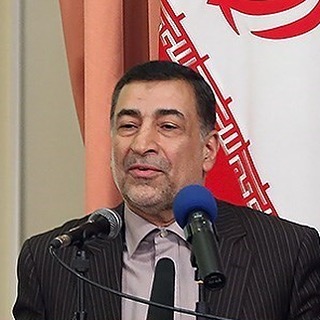 Seyyed Alireza Avaei was born in Dezful on May 19, 1956. He has held various judicial and governmental posts since 1979 to date.

– The public and revolutionary persecutor of Kurdistan, 1983-1986

Based on the witness testimony obtained by Justice for Iran from Mohammad Reza Ashough, one of the few survivors of the 1988 massacre of political prisoners who were detained at the time in the prison in Dezful (locally known as UNESCO prison), Seyyed Alireza Avaei served as a decision-makeing judge in mass executions of tens of political prisoners in the summer of 1988.

In the summer of 1988, based on a fatwa issued by Ayatollah Khomeini, and the decision of the judiciary and the ministry of intelligence, over 5000 Iranian political prisoners were summarily executed across Iran, all of whom were serving their prison sentences, or had even finished their term. As the then Revolutionary Persecutor of Dezful, Avaei was a member of a three-man committee in Dezful known as the “Death Committee”, who, after a brief questioning of the political or religious prisoners about their ideology, decided whether they would live or die.

The testimony of Mohammad Reza Ashough corroborates with the content of the recording file of a meeting which had taken place in summer 1988 between Ayatollah Montazeri, the Supreme Leaders’ successor at the time and three high ranking judicial and intelligence officials which reveals the details of 1988 massacre of political prisoners.

The 1988 massacre has been recognised as crimes against humanity by several international human rights lawyers and organisations such as Geoffrey Robertson QC, the international panel of judges of the Iran Tribunal and Human Rights Watch.

1.2.2. Suppression of Protests against the 2009 Presidential Election Results

In the aftermath of the 2009 Presidential Election, Seyyed Alireza Avaei, serving as the Chief Justice of Tehran Province, played a significant role in conducting the “show trials” which sentenced the protesters to death and long-term imprisonments.

On July 9, 2009, the Iranian Police detained many individuals gathered in front of Tehran University protesting against the result of 2009 presidential election. The transfer of a number of protesters to the Kahrizak Detention Center on July 9, 2009, and the death of at least three of them were important events under Avaei’s management and supervision in Tehran Judicial Administration. The detainees were transferred to the Kahrizak Detention Center at the command of Saeed Mortazavi -then the Tehran Prosecutor- and his deputies, Hassan Zare Dehnavi and Ali Akbar Heidarifar. At least three detainees -Mohsen Rouholamini, Amir Javadifar and Mohammad Kamrani – died due to the tortures inflicted upon them. The abovementioned three officials (Saeed Mortazavi, Hassan Zare Dehnavi and Aliakbar Heidari Far) have been sanctioned by the EU partly for their role in the gross violation of the rights of detainees in “Kahrizak”. In 2010, President Obama also signed an Executive Order that imposed sanctions on Saeed Mortazavi for his responsibility for serious human rights abuses including in the case of Kahrizak.

Simultaneous with the anniversary of the Kahrizak catastrophe, in an interview with Kayhan Newspaper on July 8, 2010, Avaei as the Chief Justice of Tehran defended the Judiciary’s handling of the Kahrizak case and underlined “the accuracy of Iran’s procedure”.

As of October 10, 2011, until now, the European Union has placed Seyyed Alireza Avaei on the list sanctions for human rights abuses due to his significant role in violating Iranian citizens’ rights. According to the EU statement, Seyyed Alireza Avaei, the Chief Justice of Tehran, has committed human rights abuses and is responsible for “the arbitrary detentions,” “the violation of detainees’ rights,” and “the increase in execution rate”.

Notwithstanding the full knowledge of violations of human rights undertaken by Avaei, he has been given new governmental positions which inevitably gives him more power and responsibility for his continued abuse of human rights.

Despite the widespread objections of human rights organisations, on 20 August 2017, Avaei was appointed as the Justice Minister in Hassan Rouhani’s Government.