The Order of 1988 Prison Massacre 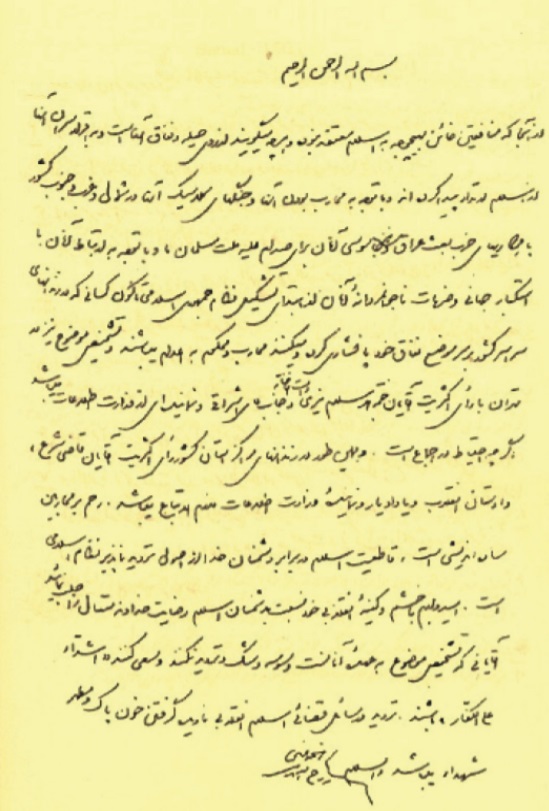 Ayatollah Ruhollah Khomeini was the Supreme Leader of the Islamic Republic of Iran (1979-1989). As the Supreme Leader, Ayatollah Khomeini made the final decisions on all matters of state. In July 1988, he issued a fatwa commanding that all unrepentant political prisoners who had been previously sentenced to imprisonment for collaborating with People’s Mujahedin of Iran (PMOI) called as munafiqin by him be executed. Under his watch, hundreds of unrepentant Leftist prisoners were similarly executed. Khomeini advised those who were in charge of putting his plan into action to ignore details that would get in the way of effectuating his intent. The full text of fatwa, which was not made public until 2000 follows:

In the Name of God, the Compassionate the Merciful

Since the treacherous munafiqin do not believe in Islam and whatever they say is stemmed from their deception and hypocrisy, and since according to the claims of their leaders they have become apostates of Islam, and since they wage war on God and are engaging in classical warfare in the western, northern and southern parts of the country with the collaboration of the Baathist Party of Iraq, and also the spying that they do for Saddam against our Muslim nation, and since they are tied to the World Arrogance and have inflicted foul blows to the Islamic Republic since its inception, it follows that those who remain steadfast in their position of nifaq in prisons throughout the country are considered to be muharib (waging war on God) and are condemned to execution. The task of deciding the matter in Tehran is with majority vote of misters Hojjatolislam Nayyeri (the religious judge) and his Excellency Mr. Eshraghi (prosecutor of Tehran) and a representative of the Intelligence Ministry, even though unanimity is preferable.

Likewise, in prisons in provincial capitals, the majority views of the religious judge, the revolutionary prosecutor or assistant prosecutor, and the representative of Intelligence Ministry must be obeyed. It is naïve to show mercy to muharibin. The decisiveness of Islam before the enemies of God is among the unquestionable tenets of the Islamic regime. I hope that you satisfy the almighty God with your revolutionary rage and rancor as regards to the enemies of Islam. The gentlemen who are responsible for making the decisions must not hesitate, show any doubt or concerns and try to be “most ferocious against infidels.” Hesitating in the judicial matters of the revolutionary Islam is ignoring the pure and holy blood of the martyrs.