The mass graves of Ahwaz – two large trenches covered with concrete – had been situated in a vacant land at the end of Padadshahr-phase 2 and Bonakdar Boulevard in Ahwaz, three kilometres East of Behesht Abad Cemetery. The families believe the bodies of at least 44 political prisoners killed in mass executions in 1988 were buried there. One of these mass graves was square and the other was a long rectangle.  The Ahwaz Municipality destroyed the mass graves in July 2018. This was done with the pretence of a plan to build more roads and green spaces. 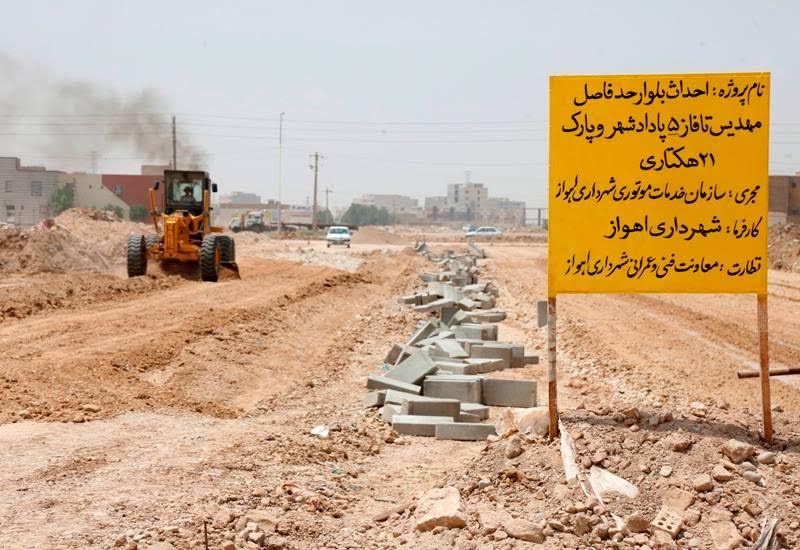 In the summer of 1988, thousands of political prisoners from all over Iran were held incommunicado before being executed in secret. In Ahwaz, the bodies of executed prisoners were dumped into trenches overnight, and the authorities immediately covered the mass graves with concrete.

In July 1988, heavy security was imposed at Fajr Prison of Ahwaz and all communication between prisoners and the outside world was cut off. After interrogation, prison officials classified prisoners based on their charges. They despatched all male and female supporters or sympathizers of leftist political organisations by bus to Dastgerd Prison in Esfahan province, central Iran. Prisoners with real or perceived allegiance to the People’s Mojahedin Organisation of Iran were transferred to a golf club located on Ahwaz-Mahshahr road and shot by firing squad.

Families were kept in the dark about their fates until about November 1988. Then, the Revolutionary Guards told each family that they should send a distant relative to their office to receive information about their loved ones. Cruelly, the Revolutionary Guards said that the relatives should bring food, raising false hope that the prisoners were still alive. When the relatives arrived, they were informed that their loved ones had been executed.

Recalling those days, a family member of one of the victims says:

The prisoners were executed on 30 July 1988, but families were informed of their death three and a half months later on 12 November. The Revolutionary Guards told us we should send one of our distant relatives to their office to get information about the whereabouts of our children. They said we could bring food for them. They were so cruel to say that.

Yes. They said ‘bring food for your children and we will say where they are.’ They pretended our children were alive and we were about to see them. Some families had made food and brought it with them.

Survivors from Fajr Prison estimate that 30 to 40 political prisoners were shot by a firing squad.

In Ahwaz, unlike other cities, officials did not hide the locations of mass graves. They took the families to some barren land, three kilometres East of Behesht Abad Cemetery, showed them a concrete rectangular structure, and said that executed prisoners were buried under it. One of the family members says:

“The families who went to Chahar Shir Revolutionary Guards, were directed into an area next to Behesht Abad Cemetery, known as Padadshahr-phase 1. The guards showed them a trench, and used a map to locate the graves of their children. However, it is far from possible to confirm their claims and to make sure who each grave belongs to.

One of the guards drove Movafagh’s father to the grave of his son while he still had the food in his hands.” 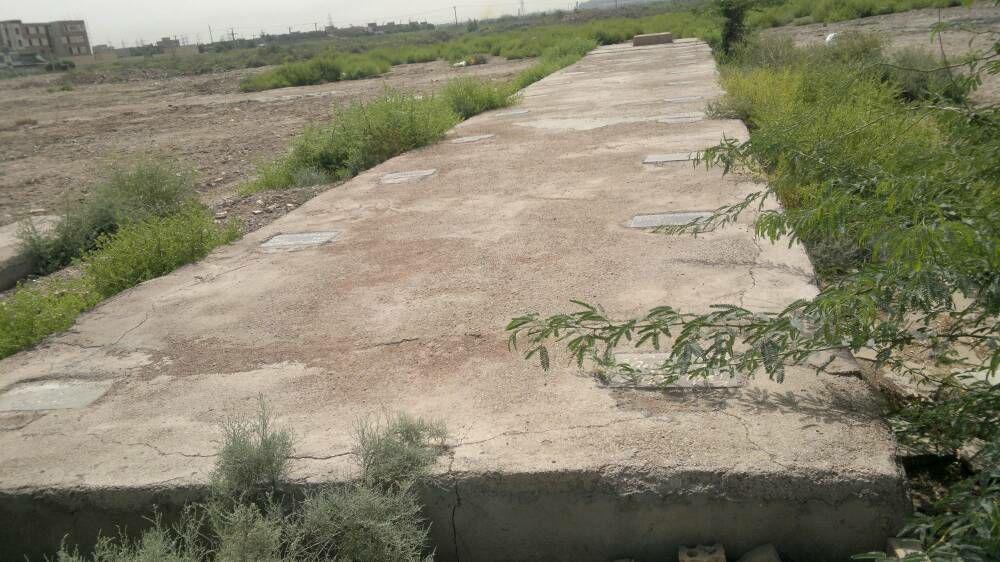 The families told Justice for Iran that the bodies of female political prisoners were buried in the middle part of the concrete structure while those of executed men were buried at either end of this structure.

Near this mass grave there was also a square concrete structure. It is believed to have been the mass grave of political prisoners executed in 1988 who were not from Ahwaz. They had been transferred to Fajr Prison from other cities, and their families could not visit their graves regularly. 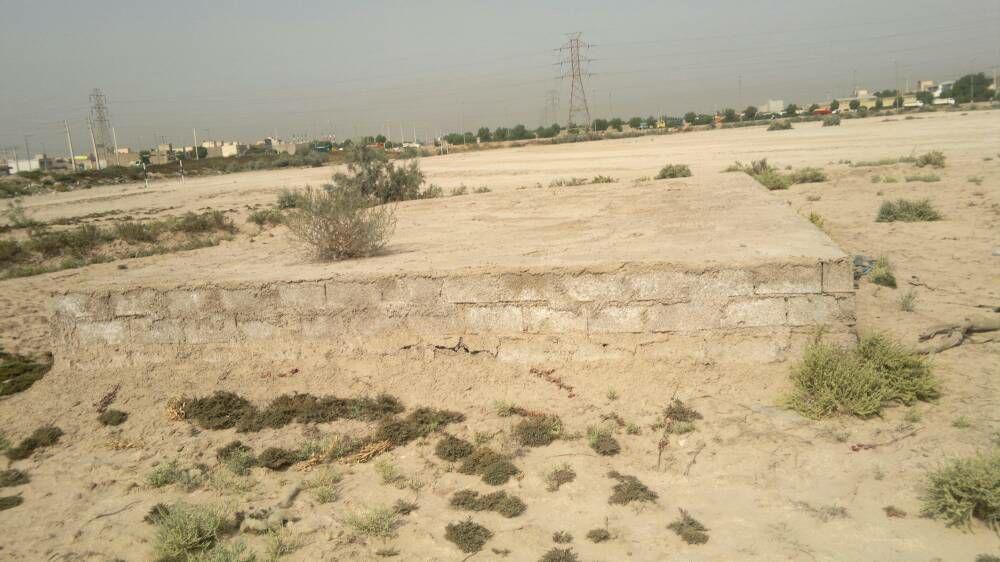 Justice for Iran located a witness, Yisa Baziar, who said that he observed the disposal of bodies in mass graves in August 1988. He was 10 or 11 years old at the time and his father was a security guard at a block of buildings outside Behesht Abad Cemetery, near the mass graves. On some nights in the summer, Yisa kept guard on the buildings’ rooftops. He told Justice for Iran:

For several nights, I saw white ambulances or trucks coming to the area with a loader. I saw men dig the ground with the loader, unload some white bags from the ambulance or the truck into the hole they dug and then quickly cover it again with the earth they had dug out. I didn’t know what they buried. After a while I asked my father what these nightly motions and noises were about. He said they were the bodies of people who had been executed.

Over the years, families of executed prisoners had been warned against placing headstones or other memorial markers at the graves of their loved ones. The authorities would break the stones and litter the gravesites. However, despite this prohibition, families had installed small stone tablets bearing the names of their children. 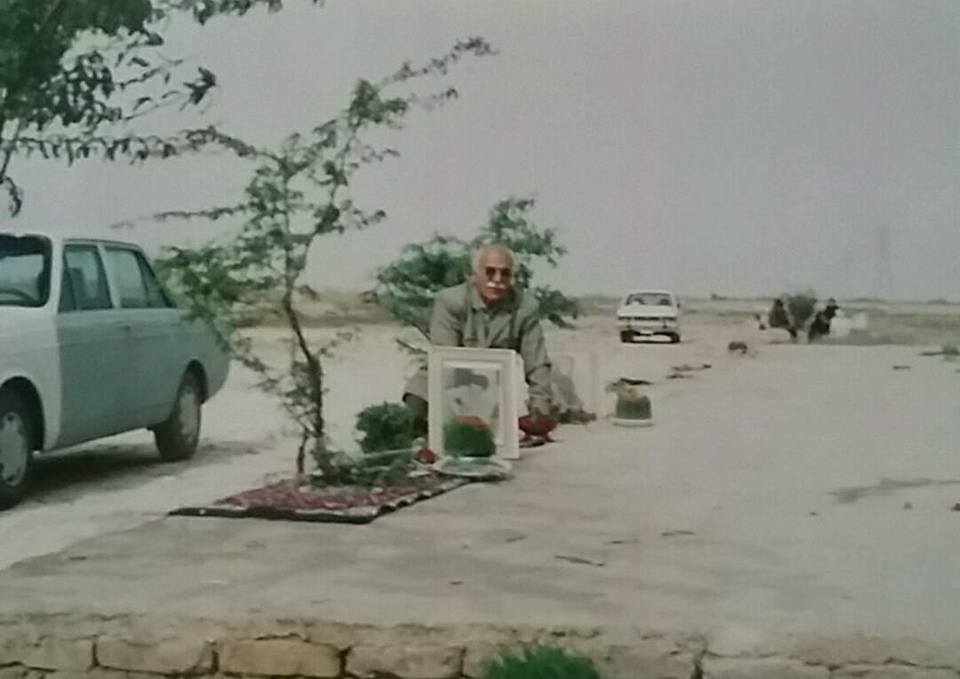 Esmaeil Baqeri, father of Parvin and Mehrdad Baqeri, both executed in 1988. His efforts to preserve mass graves continued until his death in 2015. The photo is taken at Nowrooz 1991.

The mass grave site of Ahwaz had been in a state of severe disarray. Littered with construction waste, debris and mud, it was a wretched landscape in which execution victims were hidden from public view, stripped off humanity and denied dignity, even in death. 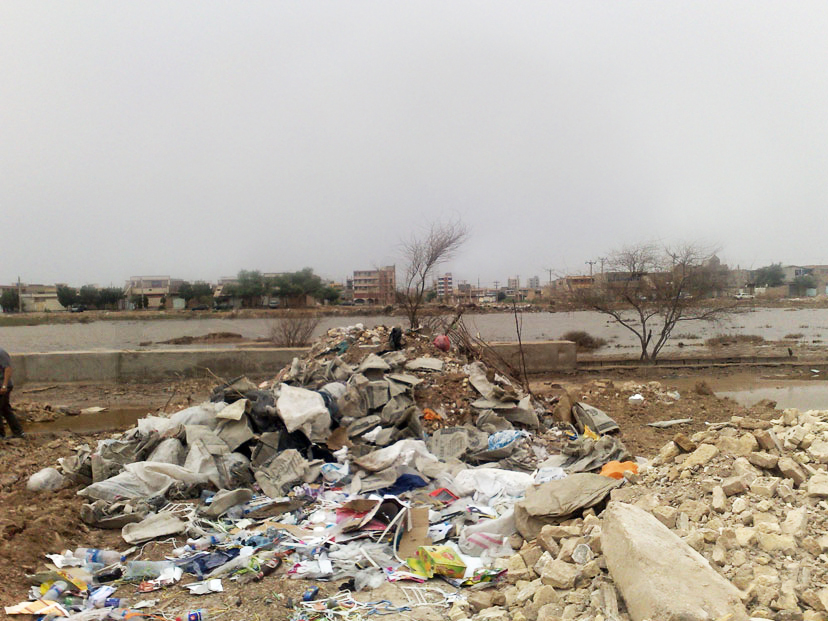 The land containing the mass graves was located between housing developments on one side and a large mound of garbage and construction debris on the other. Families who visited had to first climb over this mound before walking through pools of muddy rainwater, as there was no drainage system. 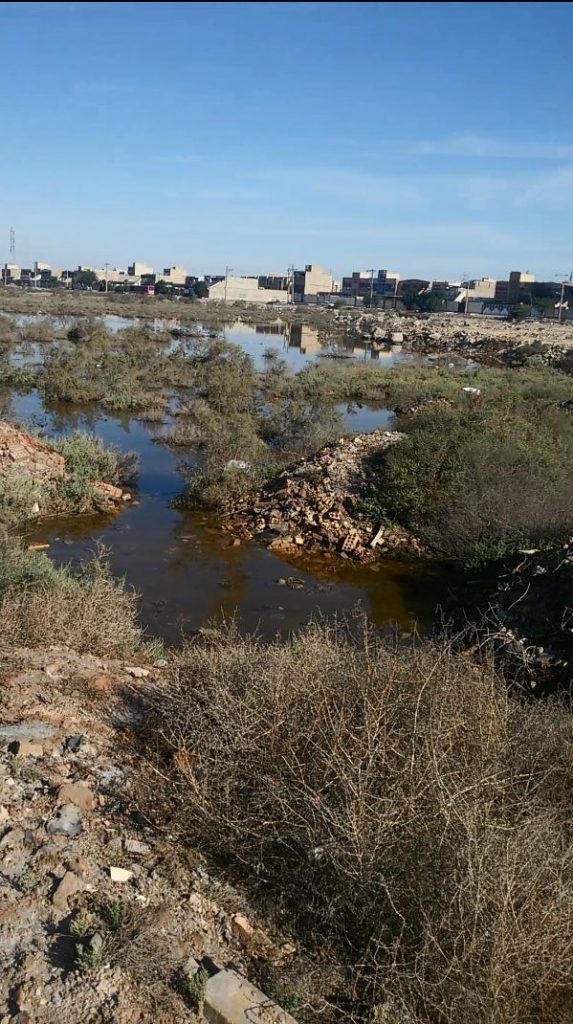 In early 2017, the families observed the commencement of road widening works near the Ahwaz mass grave site. A municipality worker informed them about the discovery of a new mass grave during construction works, which was immediately covered up by workers. According to him, the mass grave would be hidden under asphalt pavement once the road was constructed.

Other observations indicate that more construction debris was being dumped around the mass grave sites. In other words, victims who were at a time forcibly disappeared by the authorities were in danger of disappearance from public view and memory.

The plan to build a road in this area was interrupted due to several appeals made by victims’ families, human rights groups, and the United Nations. A family member of one of the victims told Justice for Iran, “The area around the graves had previously been cleared by loaders. The families protested and the authorities promised that even though a motorway is being built, the graves will not be touched and some green space will remain.”

However, the news, photos and videos that Justice for Iran received in July 2018 showed entire sites of mass graves being transformed into plain ground resembling the surrounding area. Witnesses reported that the removal of markings and stones placed around the graves by the families of victims took less than 24 hours.

* In preparing this article, in addition to the references made in the text, JFI has used the testimonies of survivors of the 1988 massacre in Ahwaz Prison- Mehri Elghaspour, Ebrahim Alasvand, and Javad Qalavand- as well as two relatives of the victims whose identities have not been disclosed for security reasons.