Masjed Soleyman, Tolbozan: Does Anybody Know Who You Are?

On the road to Masjed Soleyman, there is a village called Tolbozan. Beside a cemetery in this village, there is a cement structure with five large bumps, which are much bigger than regular tombstones. One of the stones reads “Ali Jom’e Sabzdel” and “1988” as the date of death. The other four bumps are also believed to conceal the graves of political prisoners from Masjed Soleyman who were executed in 1988. 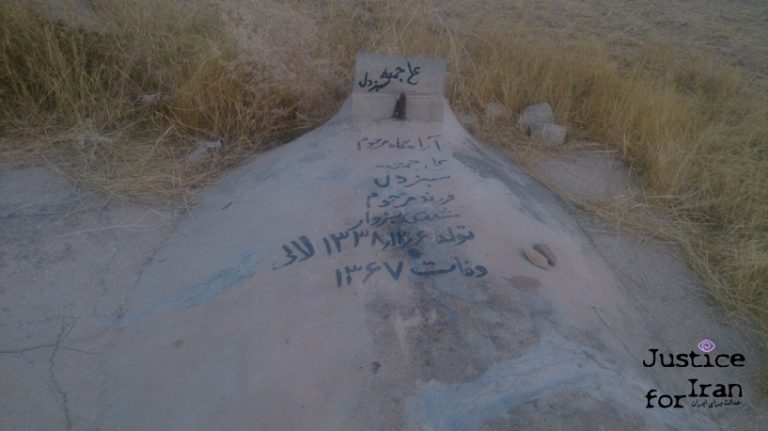 Ebrahim Dela, from what he heard from his former cellmates, believes some prisoners executed in Masjed Soleyman are buried in this area. Ebrahim Dela, charged with supporting a leftist organisation, had been in detention at Masjed Soleyman prison in the days before the 1988 massacre and was transferred to Ahwaz prison at that time. 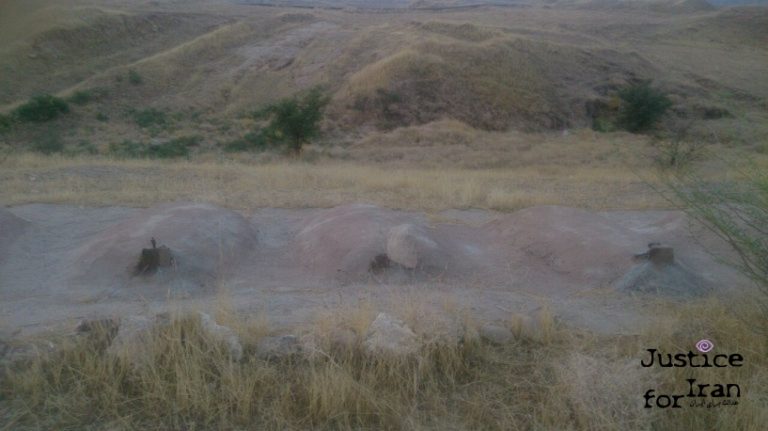 Mehri Alghaspour, the political prisoner from Masjed Soleyman who survived the 1988 prison massacre in Ahwaz, in describing this cement structure says: “If you look attentively, you can see not only the surface but the entire area surrounding the graves is cemented, looking as if something is covered up there. Although the bumps are made to look like a usual grave, they are much larger.” 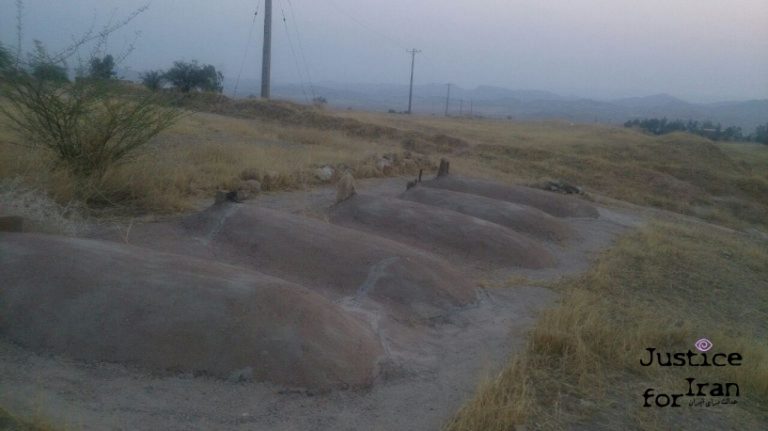 According to the various existing records, 20 to 30 political prisoners were executed in the 1988 massacre in Masjed Soleyman, among whom was a woman named Keshvar Fardi. Only a few families were given the location of their loved ones’ graves in the cemeteries of Masjed Soleyman. Many others have no information about where their relatives might be buried. 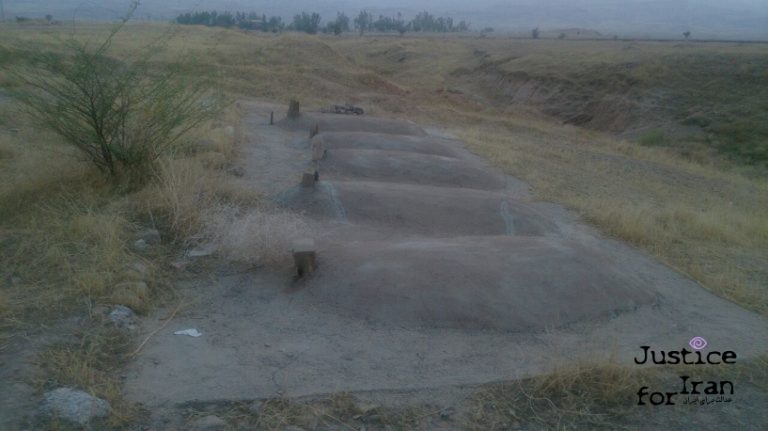 As stated by someone who took photos of the graves (featured on this page), CCTV cameras had been installed on buildings around there. In order to take the photos, the photographer asked their relatives to watch over and warn them if anyone came. (Due to the security concerns, their identities are withheld by Justice for Iran.)

They added, “When I was at the graves I shouted, ‘Who are you? Does anybody know who you are? Are your parents aware you are here?!’” 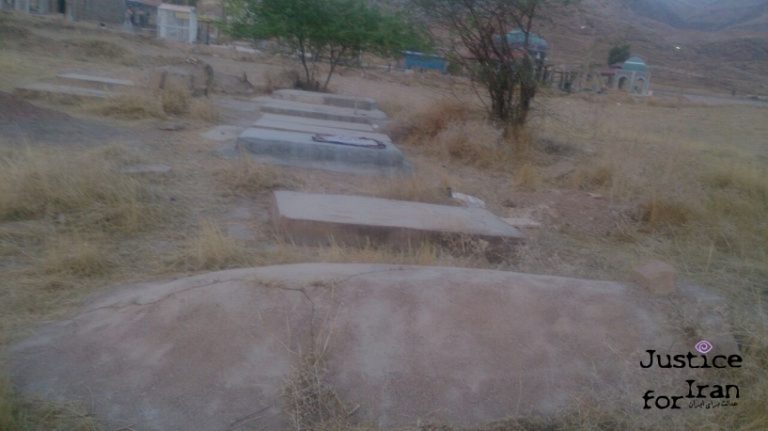 In Khuzestan province, there are at least two other mass graves covered with cement structures, one in Padadshahr, Ahwaz and the other in Seyed Amir Cemetery on the Ahwaz-Mahshahr road.