Rudsar, Shohada Boulevard: From a place of stoning burials to a Sunday bazaar

Iranian authorities in 1988 told the families of some executed prisoners in Rudsar that their loved ones had been buried beneath the southern edge of a plot along Shohada Boulevard. For years to follow, government security and law enforcement forces forbid the presence of these families at the site and prevented them from visiting and mourning. 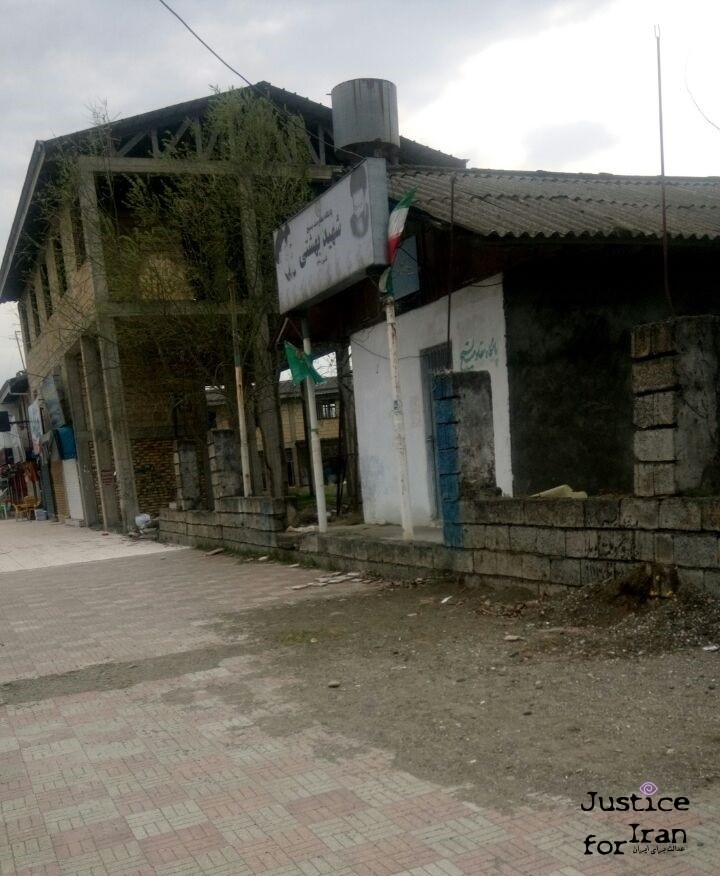 This potential mass grave for the political prisoners of Rudsar is located close to the beach, next to Shahid Beheshti Basiji Base. The Rudsar-Amlash branch of Islamic Azad University has begun construction projects in recent years, building along another edge of the plot. 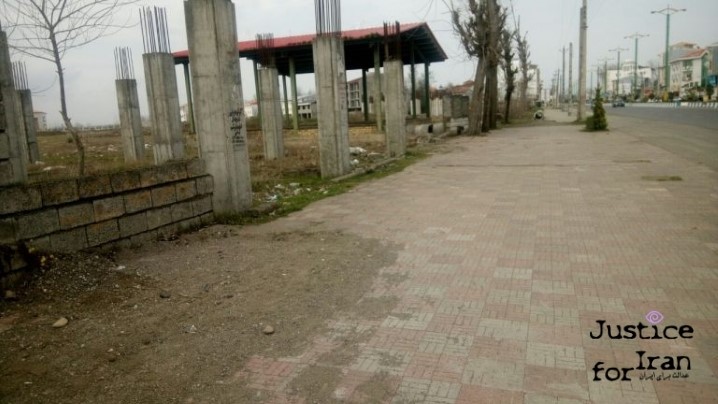 Some locals say that this place used to be entirely outside the city, and that it was used to bury those who were stoned to death by officials. 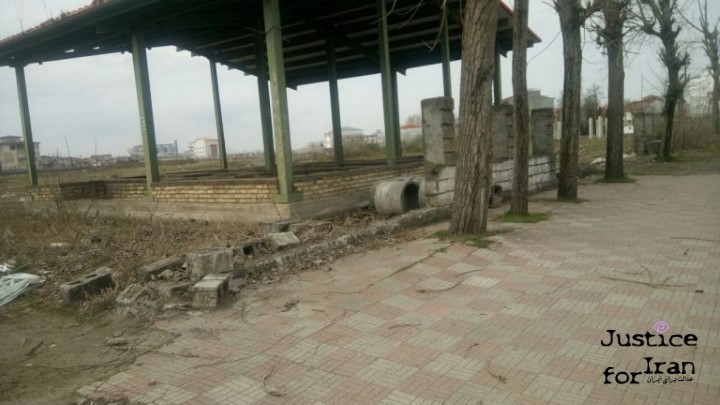 During the 2000s, the municipality re-designated this piece of land as the location of a Sunday bazaar, where local vendors would come sell food, goods, and wares. The Sunday bazaar was transferred to another location in 2011. 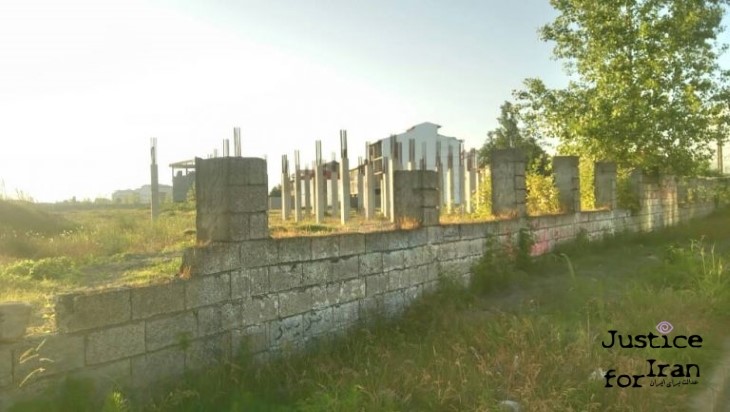 A construction project began on this site in 2017. 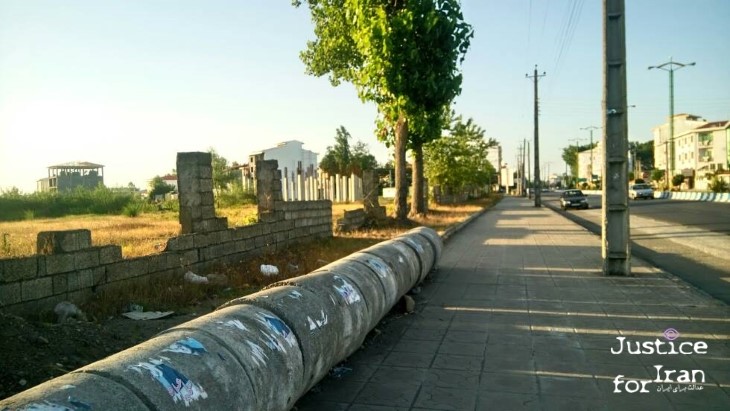 Locals are speculating that a shopping centre is being built on this site. 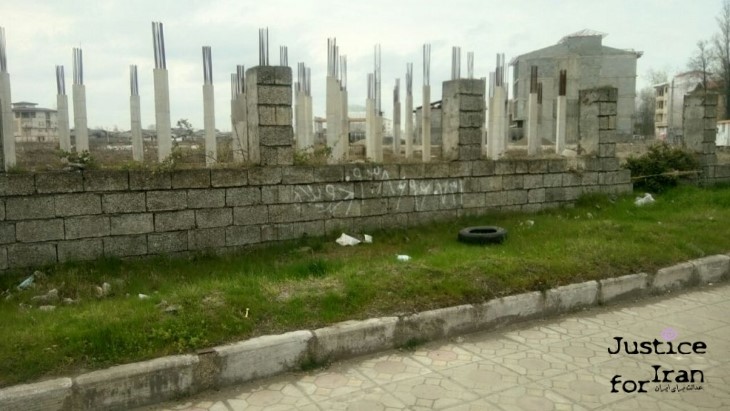 If this construction project is completed, the Rudsar mass grave will be buried under a building and will be hidden from the public sight. 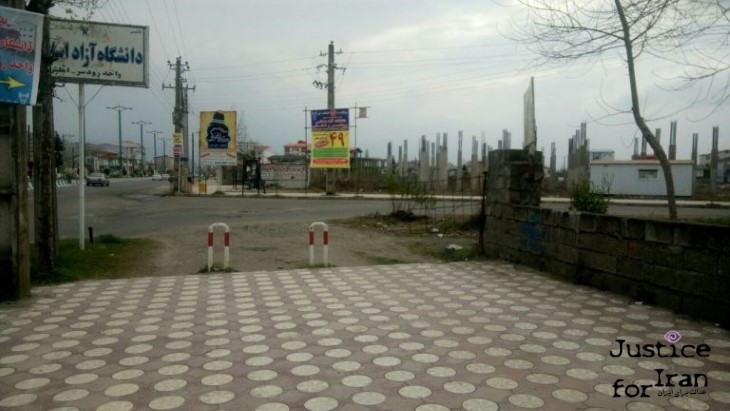 [Above is] a view of the construction in the potential mass grave in Rudsar, which is the site believed to be where multiple prisoners from 1988 were buried in after being executed, as seen from the entrance of Islamic Azad University, Rudsar-Amlash branch.

A review of the aerial maps published by ‘Google Earth’ reveals the gradual process of construction in this location and the destruction of the mass graves.

This aerial photo from 2003 clearly shows that this location was abandoned, with no signs of construction.

The next image by Google Earth is from 2011, which clearly shows multiple buildings are being built in one edge and the corners of this area. We can conclude that the construction operation has started between 2013 and 2011. It appears that the municipality has started the construction in this area in 1390, since this was the year when the daily bazaar was relocated to someplace else.

The last Google Earth image to be taken of this site before the last update of this page, is from 2015, which shows that the construction operation has advanced significantly.