The image below is of  Zeynab Bagheri’s death certificate. She was one of the 1988 massacre victims executed in Fajr prison in Ahwaz. The document shows 9 Mordad 1367 (31 July 1988) as the date of the execution.

As authorities have informed her family, she is one of those buried in Ahwaz’s Padadshahr mass grave. 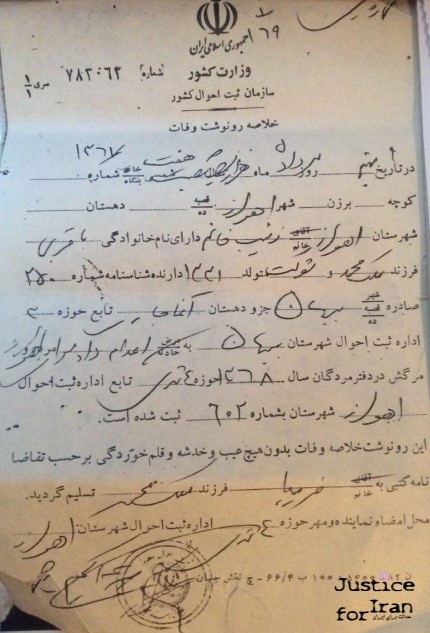 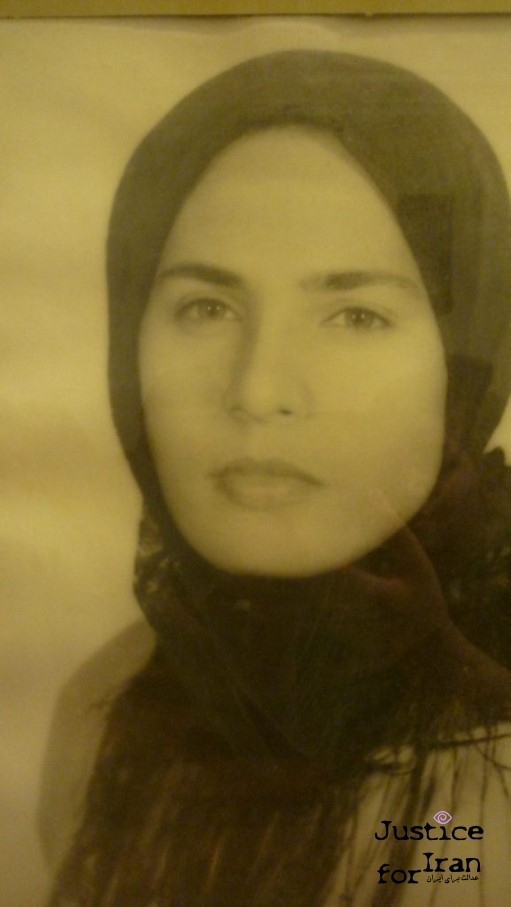 Zeynab Bagheri, a Homa Airlines flight attendant, was arrested in 1981 for providing the Mujahedin with facilities. She should have been released in June 1988, when her sentence was set to end. Mehri Alghaspour, one of the prisoners in the same ward as Zeynab, says:

‘Zeynab’s sentence was going to end and she should have been released. In June, we threw her a party, we sang a song together. The next day, she was going to have a visit and be released. We said goodbye. She shared her clothes and other accessories. We saw Zeynab leave and come back half an hour later. We asked, ‘Why did you come back?’ She said, ‘Nothing. They told me to stay for now.’ Zeynab stayed and was executed two months later.’