Cause of death: ‘death’

This is Ali Asghar Zeyghami’s death certificate, which was issued per his wife Mina Lebadi’s request. Zeighami was arrested in Mahabad and transferred to Evin Prison in Tehran on charges of cooperation with the Organization of Iranian People’s Fadaian (Majority). He was executed in August 1988 alongside many other political prisoners across the country. 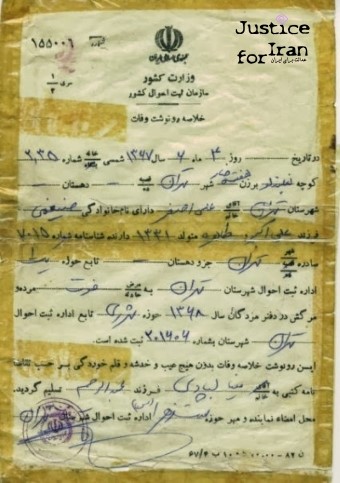