Official complaint of Maryam Akbari Monfared: Where are my brother and sister buried?

This marked the first time any official complaint regarding the 1988 massacre was submitted to the Iranian judiciary.

Below you can find the full translated text and images of this complaint.

I am writing to inform you that on an unknown day in the summer of 1988, my brother, Abdolreza Akbari Monfared, and my sister, Roghieh Akhbari Monfared were executed. Both were tried and sentenced to imprisonment by the Revolutionary Court without access to a legal counsel. My younger brother Abdolreza Akbari Monfared was 17 years old at the time of arrest for distributing PMOI publications in 1980 and was sentenced to three years in prison. Despite completing his sentence, authorities refused to release him and eventually executed him in 1988.

and taking into account the existing evidence, especially the content of the meeting on 15 August 1988, among deputy leader Ayatollah Montazeri, Mostafa Pourmohammadi, Hosseinali Nayyeri, Morteza Eshraghi, and Seyyed Ebrahim Raisi, the executions of political prisoners including my sister and my brother in 1988 was against the law, Sharia standards, and the international obligations of Islamic Republic of Iran.

Observing that filing a complaint with international authorities is only possible after having filed a complaint with the country’s own judicial offices, and given the legal arguments and evidence, I would like to request an investigation into the illegal executions of my sister and my brother, and the details thereof including those responsible for their deaths, their indictments and other case documents, and [carrying out] criminal proceedings according to the relevant laws, particularly Article 34 of the Constitution, which upholds seeking justice as an inalienable right of every citizen. Moreover, since their burial site has never been announced to my family, I request that their fates and whereabouts be disclosed. 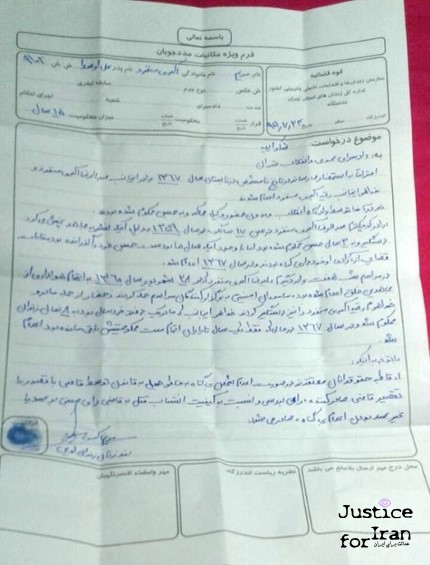 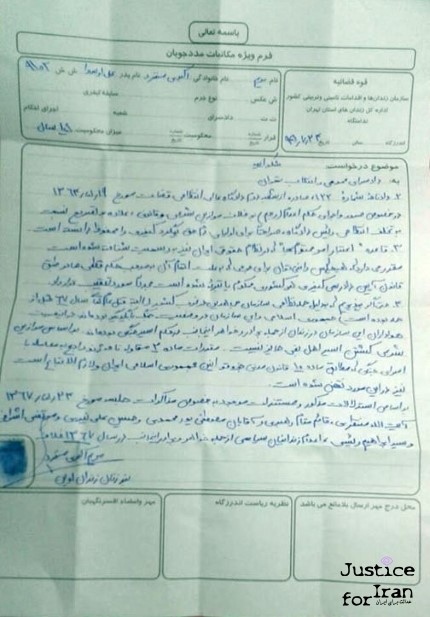 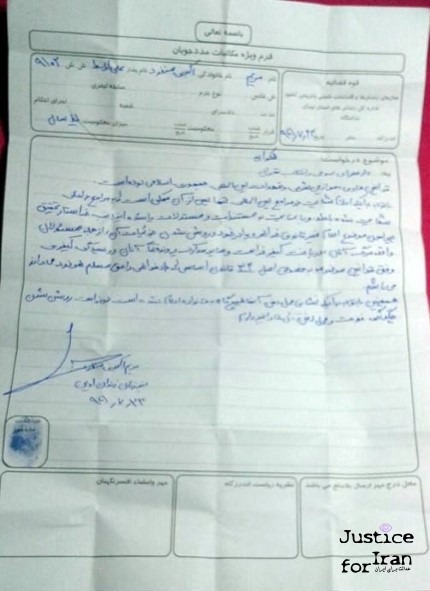