Some locals of the Imamzadeh Jafar shrine area in Boroujerd believe that several political prisoners who were executed in this city were buried in the agricultural lands, beyond the water canals near the shrine.

Nasrin Abdi, who was a political prisoner for four years in Boroujerd between 1980 and 1985, says:

‘The public cemetery in Boroujerd is in the Imamzadeh Jafar shrine’s yard. In the early 80s when they were executing prisoners en masse, [prisoner] burial in the public cemetery was not allowed. Behind the shrine, there was a plain, a remote area back then, which was called Posht-e Ghale (behind the castle). Posht-e Ghale was mostly covered by farms and they had assigned one parcel of these lands for burying those they were executing.’ 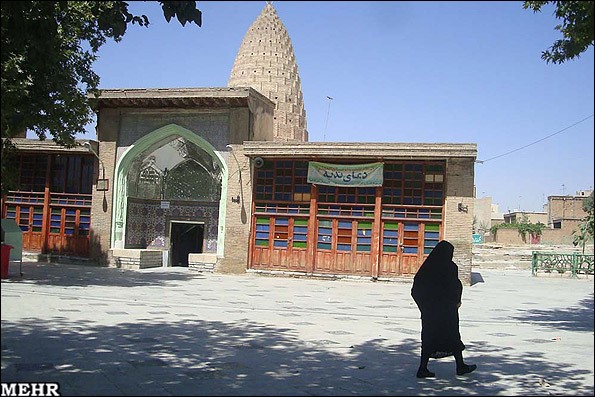 She recalls memories about her father:

‘When I was released from prison, my father told me to cease political activities. He told me a story one day–that once, a farmer friend who had a farm in the Posht-e Ghal’e area tells my father that he feels awful. My father asks why. The farmer says that they came with an excavator and dug up the ground; after that, a truck came and dumped many bodies in there. My father panics and asks if he is sure they were corpses. The farmer responds by saying, ‘yes, I saw it myself. You could even hear them whimper.’ This is as the man had described to my father.’

‘After that, we noticed that they do not allow people to access that area much. They shanged that land’s name to the Cemetery of the Kafirs (non-believers). Even worse, if anyone decided to have a look at the area to try and find their child, they would identify and question them as to why they want to visit that land. They would say it’s the Kafirs’ cemetery and [going there] is a crime.’

Mohammad Hassan Hojjati, Alireza Shabro, and Masoud Rabibi are some of the prisoners who were transferred from the Boroujerd’s Shahrbani Prison, where political prisoners were being held, to be executed. Their bodies were never returned to their families. Nasrin Abdi says,

‘Many of these kids are missing. For one, Masoud Rabibi, who was arrested in another city, then taken to Boroujerd, was executed with a group of 12.’

She thinks it is possible that the missing persons who were executed are buried in mass graves in Posht-e Ghal’e area.

This area is now located in northeast of Imam Hossein Square in Boroujerd. The oldest photos of this area acquired from Google Earth from 1392 show that all this area is now covered by new buildings and has turned into a residential neighbourhood. 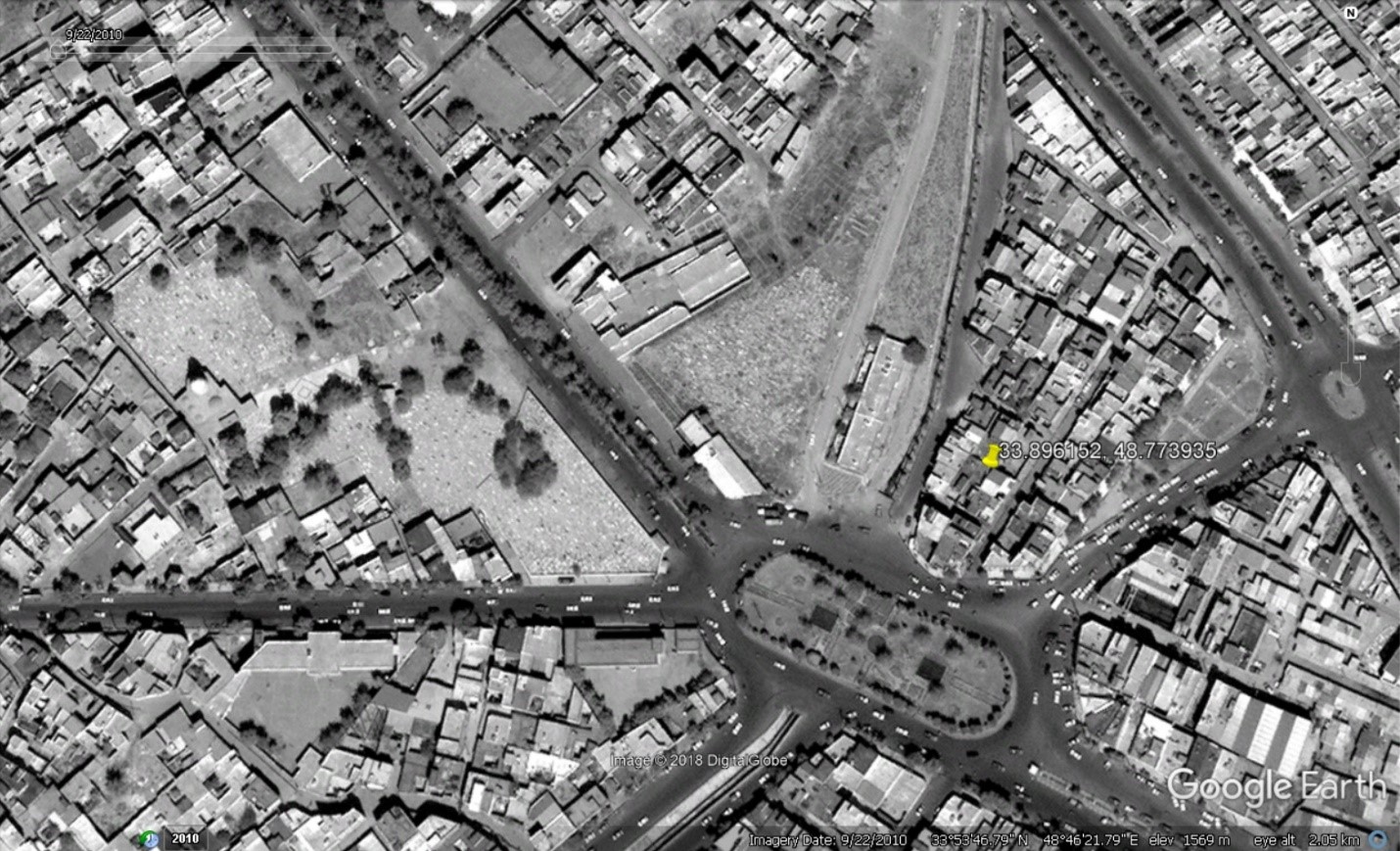 Caption: The oldest picture of the site acquired from Google Earth, August 2013 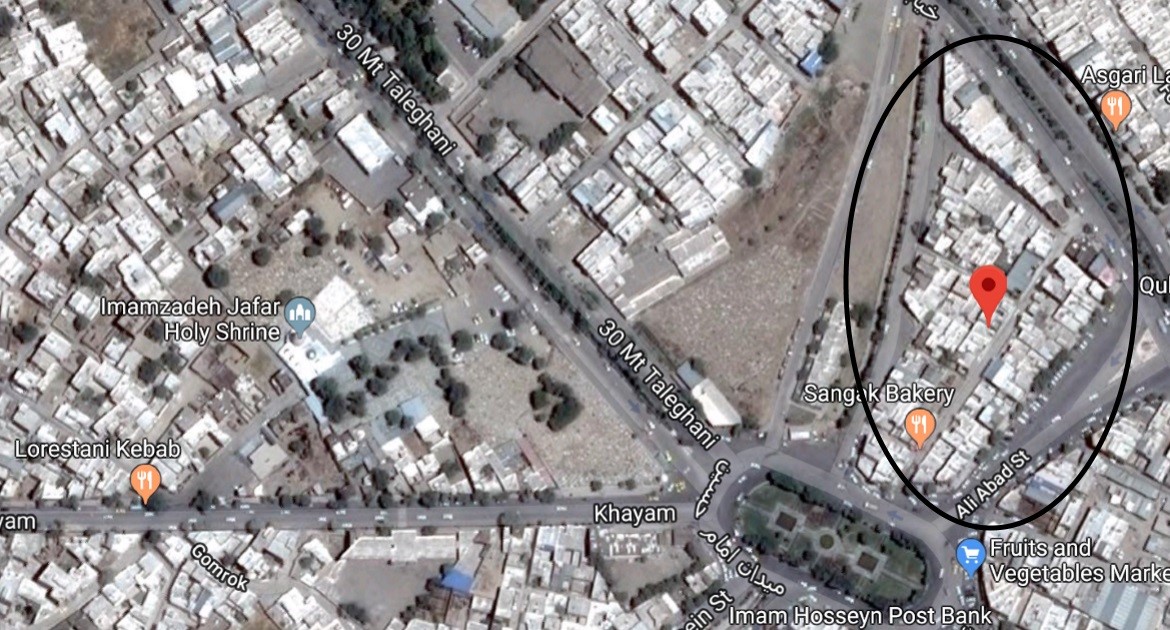 Caption: A recent picture of the site acquired from Google Earth, May 2017

It is unknown whether any remains of executed prisoners were found during the construction of the buildings in the area. This area is located next to Aliabad neighbourhood in Boroujerd, and there is a daily bazaar in its vicinity.

*In writing this article, Justice for Iran has used various information published earlier, in addition to Nasrin Abdi’s testimony.