We could not afford her bail, and she was executed

I was about 16 or 17 when my sister, Marzieh Rahmati, was executed. She was imprisoned for 6 years before her execution. When she was arrested, I was very young and remember little about her political activities.

Marzieh was arrested in 1981 for the first time, released after a year and rearrested six months later. Her original sentence of 15 years was commuted by the authorities. She was killed in 1988 while having ended her 7-year term and awaiting her release. 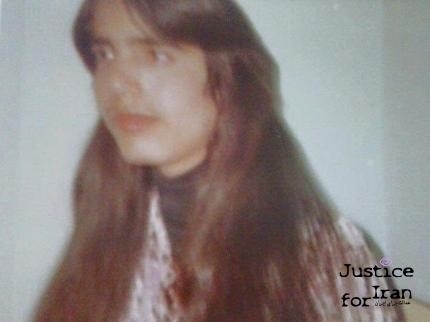 Marzieh was held in Ilam prison. A few months before Mujahedin’s Forough Javidan Invasion in 1988, known as Mersad Operation to the Islamic regime, the authorities told us her prison term was ended, and we could bail her out. Our house did not have a title deed so we couldn’t pledge it as collateral. My family was looking for a bail security when Marzieh was executed. It was two or three months after her due release date.

She was in jail when Mujahedin invaded. The authorities told us they had transferred prisoners from Ilam because they were afraid the city would fall into the hands of advancing forces of Mujahedin. They moved all male and female prisoners to a village called Shirvan Chardavol. Locals had seen them. After a while they returned them to Ilam, but we were unaware of their return.

The prisoners were executed on 9 August, and we were informed four months later, on 26 November.

The authorities called parents to go to the Islamic Revolutionary Court. There, they informed them of the execution of their children, claiming falsely that they had incited turmoil in prison. They further called for my father and other parents and instructed them not to hold any memorial services for their loved ones. To provide some justifications for the executions, they said, for example, prisoners had their runners on and were waiting for the Mujahedin to come and run away with them.

The authorities gave my father a bag containing a few of Marzieh’s belongings. Prisoners’ things were scattered in different bags. Marzieh’s scarf was in Hakimeh Rizebandi’s bag, and the shirt of a girl was discovered by her mother in the bag of another prisoner. I can remember a poem in the bag, which Marzieh had written for my mother.

An oppressive atmosphere weighed down on Ilam. Families, particularly those who had paid bail for releasing their loved ones, were treated badly. Nine prisoners including my sister were executed. Officials told us she was executed on 9 August, but refused to give a death certificate, or to specify where she was killed. Over thirty years have passed, and it is still a question to us. We just heard rumours about their place of execution.

Something very painful after Marzieh’s death was that we were prohibited from mourning for her. 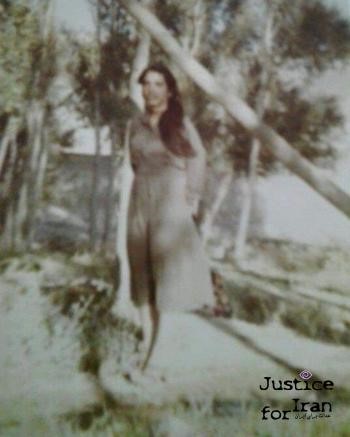 There is a graveyard in Ilam, called Salehabad. Each family was given a grave number and told to look for it in remote parts of Salehabad. It was a desert land on a hill, far from Ilam’s cemetery and hardly accessible. In later years, families made a dirt road for an easier access to the graveyard.

The authorities had given only a grave number to each family. When my father had asked about the grave location, they replied: “Push away the dirt and you will find it.” Families searched a lot and finally found the graves. Grave numbers were written on pieces of fruit crates. My father and another family went to the graveyard. Other families didn’t. Bodies were all buried in one trench. They were put in a row, each half metre away from another. They were covered in plastic bags with just a piece of shroud around women’s breasts. I recount what I heard from my father who was there and witnessed bodies. He insisted to dig up the grave to make sure that Marzieh was buried there. He saw one side of her chest was bullet-ridden. The body was packed in a plastic bag before being buried. The authorities claim they are Muslim and bury the dead in a religious manner, but it was not the case. They had dug a ditch with an excavator and placed bodies therein, very close to one another. 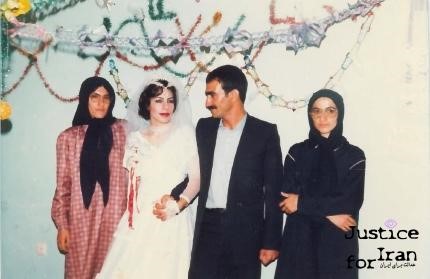 Five women are buried there. My sister -Marzieh Rahmati-, Jasoumeh Heidari, Hakimeh Rizebandi, Farah Eslami and Nasrin Rajabi. One of the men buried there was Nosratollah Bakhtyari who was not from Ilam but transferred from the north of Iran. Naqi Morovati was another man buried in that area. The graves of two men by the names of Ebadollah Naderi and Musa Nemati were away from other graves. They were likely executed later.

I don’t know if women were raped before the execution. My father went there just for identification of the body. Even if they had been raped, fathers were not inclined to disclose it to families or others. In our city, being raped is regarded as a dishonour for a woman and her family. My mother asked me several times if I thought Marzieh was raped. I always relived her by saying that I hope she wasn’t. However, she believed Marzieh was raped. She had heard it from here and there. Rape brings shame to families in Iran particularly in our city. Families prefer their daughters dead rather than being raped.

Karim Asadi was the religious judge’s secretary in my husband’s court session. He was a guard and a close friend to some of the Mujahedin. He had acknowledged that girls were raped before the execution.

We didn’t put tombstone on Marzieh’s grave, because we knew regime agents would destroy it. My father, though a mason, poured just some cement over the grave. Other graves had uniform tombstones with flowers and names engraved on them. One of them, for example, read Farah Eslami, 9 August 1988. 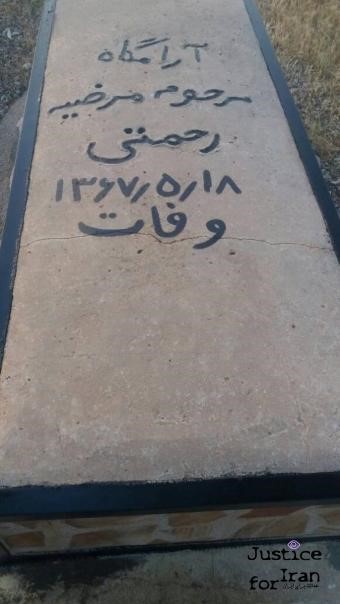 One week later we went to the graveyard and found all graves destroyed. Regime agents had broken tombstones and put huge stones hardly movable on them.

Families removed the huge stones but did not repair the graves because they knew it was useless. The graves were in that shape until 2011 when we exited Iran.

Now, Salehabad cemetery has expanded up to the graves of executed prisoners. Earlier, just families of victims were allowed to visit the graves. Strangers or relatives did not dare to go there because graves were on the hill, remote from the graveyard and monitored by the guards. Now, it is integrated to the public cemetery.

In early years of Mazieh’s execution, my mother went to the authorities, protested and called for justice. My father was threatened because of her activities, but she didn’t stop. Now she is 77-78 years old and continues with her protests and talking about the massacre. In memorial ceremonies, she was famously known for her mourning.

Earlier she went to the Judiciary and intelligence office. The authorities threatened my father that they would harm his other children, so we stopped her.

My mother, though an illiterate woman, could inform the public about the cruelty inflicted upon executed prisoners. We asked her stop but she said: ‘I don’t give up. What can they do with me? Will they kill me? It is my best wish.’