In the first months of the 1979 revolution, a group led by Ali Mohammad Besharati Jahromi, one of the founders of the Islamic Revolutionary Guard Corps (IRGC) and Hossein Ayatollahi, Friday Prayer leader of Jahrom- formed a group which kidnapped and tortured political dissidents. They killed and mutilated them in the Behesht-e Rezvan Mortuary, then dumped their bodies into the qanats (underground irrigation channels) on farmlands around Jahrom. The group was notoriously known as the Qanat Group. 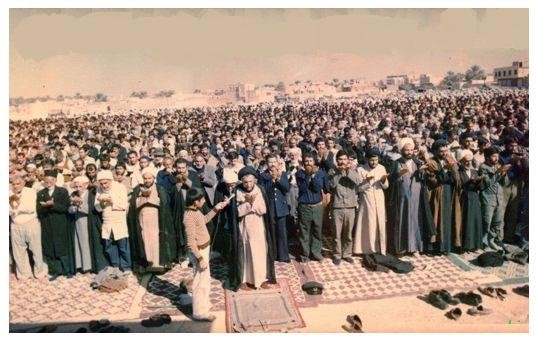 Friday prayer in Jahrom in the early years of the revolution

Besides Mujahedin sympathizers, it is reported that some Baha’i citizens, a sex worker, and a gay man were among the victims of the Qanat Group.

The sex worker was called Golou. Her family was poor and lived in mountains near Jahrom. As an act of punishment, the Qanat Group blinded her by throwing acid to her face. She had a son who was known as Mamad-e Golou (Mohammad, son of Golou). He used to sit at the door and collect money from his mother’s clients. After his mother went blind, he joined the Qanat Group and turned into one of the most voracious members, involved in mutilating political dissidents and drilling their heads. It is said that once he put his hand in his pocket and fumbled over something slimy. It was the eye of a victim he had gouged out a few days ago and put mistakenly in his pocket.

In her testimony to Justice for Iran, Solat Sheikhnia, an eyewitness of the massacre from Jahrom said:

‘Besharati was one of the perpetrators of the killings in Jahrom at that time. His niece was our prison mate. I can’t remember her family name. She spoke of her uncle and said he had been involved in the murder of Hamid Qafuri. Qafuri’s body when returned to his family was mutilated. They ordered his family to bury him in their house yard. She said her uncle was part of the Qanat Group.’

Mitra Lager is another former political activist in Jahrom. In a testimony made to the Iran Human Rights Documentation Centre she says:

‘My cousin Hamid was killed by the Qanat Group in the early summer of 1981, when I was in jail. They had first stabbed him in the street, but people took him to the hospital, and he survived. However, after his recovery and one day before his discharge, the armed Group attacked the hospital. They raided all rooms, assaulted patients and shot one of them dead. They found my cousin, took the IV needle out of his arm and jammed it into his eyes, then took him with his bed out of the hospital. In reaction to physicians who objected to them, they said, ‘You cannot object. We are Hezbollah, the army of God.’ Three days later, the gendarmerie found his body in a qanat outside of the city. Marks of torture and cigarette burns were visible on his body. His limbs were mutilated. One of his eyes was gouged out and his back was stabbed.’

‘There was a shrine with a cemetery near the qanats. The Qanat Group kidnapped people and took them to the mortuary in the cemetery for torturing. Then they had them stand on the edge of a qanat and shot them. Victims fell down to the qanat, and no one knows how long it took them to die. 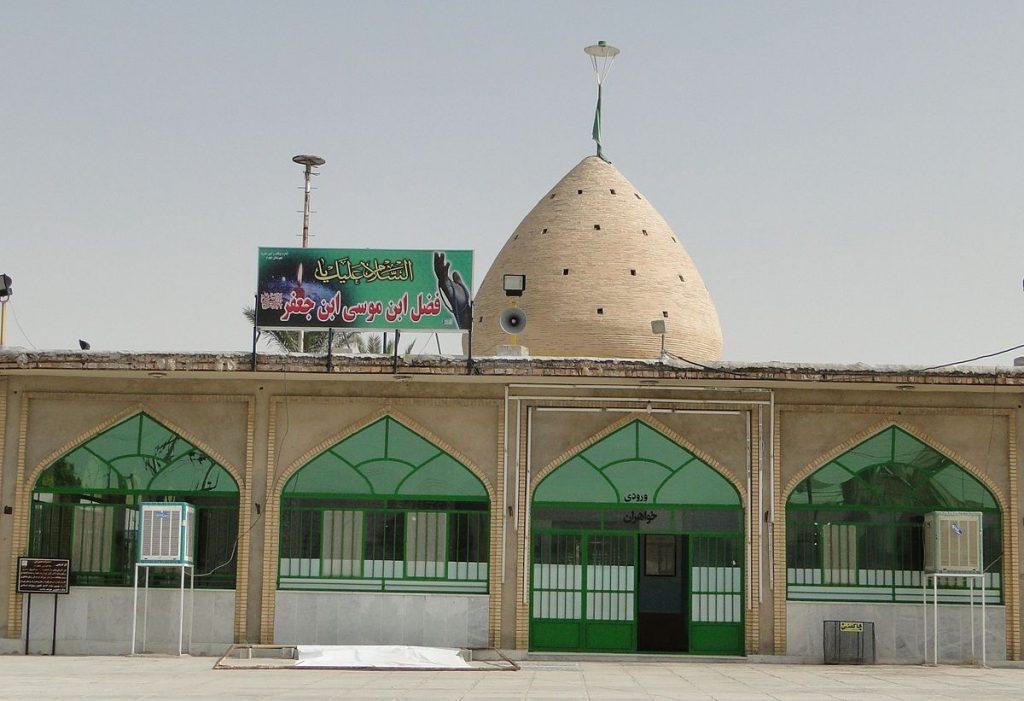 Their victims were from different groups including the Mujahedin, the Fedaian minority, common people, and homosexuals. They killed those whom they believed should be eliminated from society. The Qanat Group caused horror among locals, and whenever something happened they said, ‘Hush! Lest the Qanat Group appear.’

Manouchehr Honari was one of the Mujahedin sympathizers kidnapped by the Group. They took him to the mortuary, tied him with ropes, drilled his body and then threw him into a qanat.

Manouchehr Honari, a 17-year old schoolboy at the time of his murder

‘Manouchehr’s father had a relative in Tehran who was a jurist in the Guardian Council. He sent a committee to Jahrom and stopped the Qanat Group. Manoucher’s body was taken out of qanat and buried, but many other victims were not found. They didn’t return bodies to the families.’ 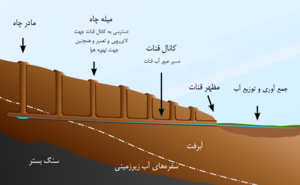 Abolhassan Banisadr’s Paris-based newspaper, Enqelab-e Eslami dar Hejrat, wrote in issue 2, published in April 1983, that bodies of 60 political prisoners were discovered in Jahrom’s qanats. The article also referred to Musavi Ardebili who in Friday prayer spoke about Jahrom and violations happening in this city.

Due to the expansion of urban construction, the farmlands containing qanats are now located between Fatemieh Town and Farhangshahr in Jahrom.