Khavaran: The Chronology of 34 Years of Execution, Protest, Oppression and Litigation

Autumn 1981: Families of victims gathered before the Parliament in protest the executions and asked for information about prisoners’ situations.

July 1982: Burial of 150 executed individuals in a mass grave in Khavaran.

18-28 July 1988: Prison visits were suspended, and prisoners went incommunicado for some months.

July 1988: Discovery of a mass grave in Khavaran, belonging to prisoners executed in the summer of 1988. 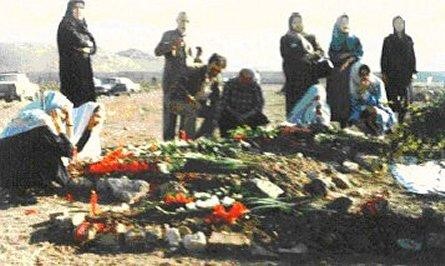 Summer 1988: Families went to Hashemi Rafsanjani (the head of the Parliament), Mir Hossein Mousavi (the Prime Minister), Ayatollah Montazeri (the Supreme Leader’s successor), and the General Inspectorate Office of Iran, to seek information about the prisoners and express concerns about the likelihood of their executions.

17-18 August 1988: Over 600 family members of political prisoners gathered outside the Parliament and the Judiciary.

August 1988: Families wrote a letter to Javier Pérez de Cuéllar, the Secretary-General of the United Nations, urging him to act for stopping the executions and restoring prison visits.

August 1988: Families went to the houses of Ayatollah Khomeini, Ayatollah Montazeri and Ayatollah Mar’ashi for litigation.

September 1988: Oral and written complaints on the massacres were filed with Galindo Pohl, the Special Rapporteur of the Commission of Human Rights in Iran. 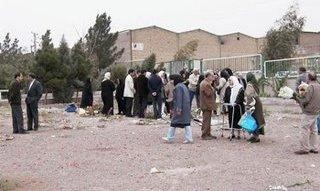 November 1988: Authorities informed families about the execution of their loved ones and returned their bags and personal property.

November 1988: Discovery of several mass graves in Khavaran by families.

December 1988: 50 families wrote a letter addressing all libertarians of the world.

26 December 1988: Families gathered before the Courthouse of Tehran and wrote a letter of protest to Hassan Habibi, the Minister of Justice. Some protestors were detained.

December 1988: First commemoration was held in Khavaran on the 40th day after the execution of prisoners. Several family members of executed prisoners were detained.

31 August 1989: Security forces attacked the first commemoration of the 1988 massacre in Khavaran and arrested some families.

January 1990: Families gathered before the UN office in Argentine square in Tehran during Galindo Pohl’s visit to Iran and wrote him a letter about the execution of political prisoners.

1 December 1990: Amnesty International published families’ witness statements about security forces refusing to reveal the burial places of their loved ones and preventing them from mourning. 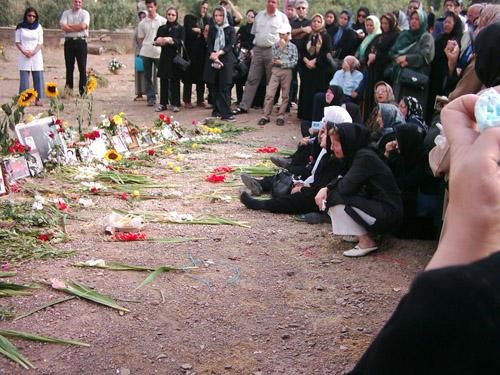 1990: Destruction of Khavaran cemetery and bulldozing of grave markers while Galindo Pohl was visiting Iran.

1995: Families of victims were banned from visiting Maurice Copithorne, the UN Special Rapporteur on the Situation of Human Rights in Iran, during his visit to Iran.

1997: Jafar Behkish wrote a letter to President Mohammad Khatami and called for the recognition of the rights of victims and their families.

September 1997: A memorial service was held in Khavaran at the 8th anniversary of the mass executions.

1998: Families wrote a letter to Mahammad Khatami and asked for the identification of killed prisoners, time of execution, and their place of burial.

1999: In a letter to Mohammad Khatami, Parvaneh Milani underlined the need to respect the rights of bereaved families.

2000: Complaints over the 1988 mass executions were filed with the Secretary of Islamic Human Rights Commission accompanying a long list of victims. 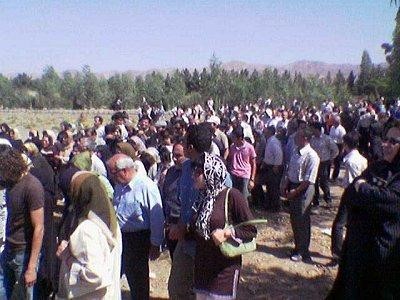 2001: To destroy Khavaran, the authorities allowed Baha’is to bury their dead in this cemetery.

September 2005: Intimidation of people participating in the anniversary of executions held in Khavaran.

November 2007: Regime made attempt to destroy Khavaran and grave markers.

November 2007: Families went to the management at Behesht-e Zahra cemetery and raised their objection to the destruction of Khavaran. 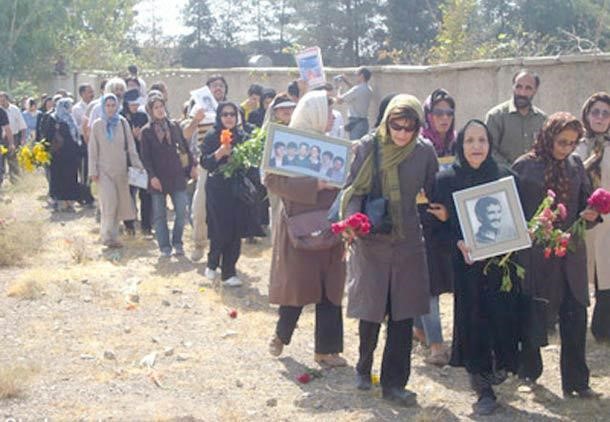 September 2006: Persecution and detention of families participating in the anniversary of the 1988 massacre held in Khavaran.

September 2007: Intelligence and security forces attacked the individuals participating in the 1988 massacre anniversary in Khavaran and arrested a number of them. Ali Saremi, one of the detainees, was executed afterwards.

21 March 2008 (The last Friday of the year): Security forces blocked access roads to Khavaran and forced families to leave the cemetery.

July 2008: The Iranian Women Studies Foundation named Mothers of Khavaran as “the Woman of the Year” in its 19th annual conference. 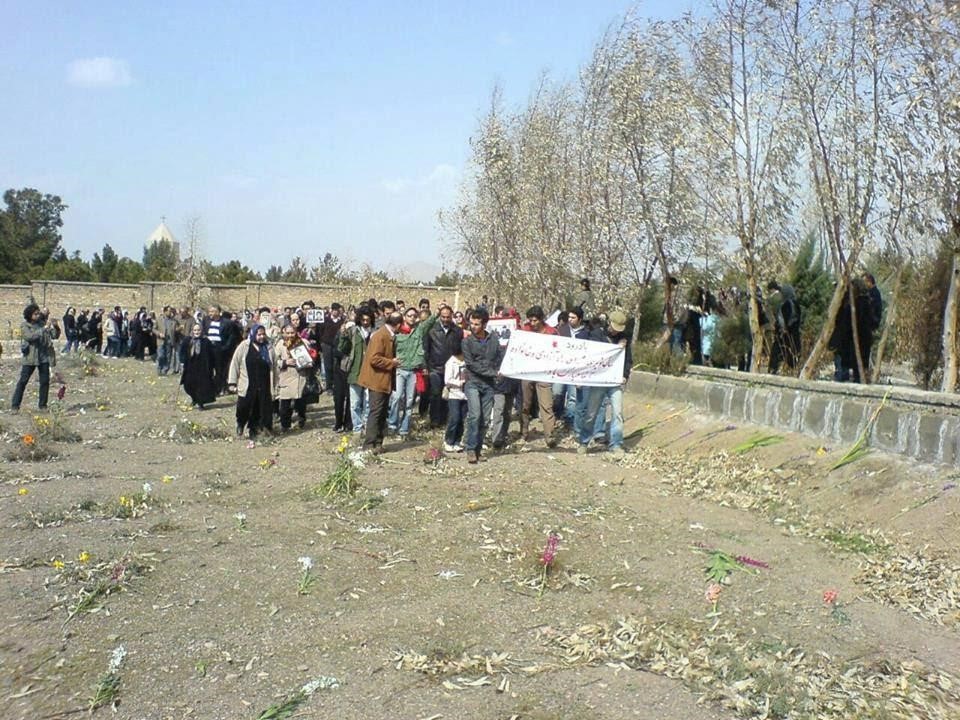 November 2008: In a letter to Navi Pillay, the United Nations High Commissioner for Human Rights, families reported about the persecutions inflicted by the Islamic Regime on survivors of the1980s executions.

November 2008: Reza Moeini and Jafar Behkish wrote a letter to Ayatollah Shahroudi, Chief Justice of Iran, calling for an end to illegal summoning, interrogation and persecution of families by the Islamic regime agents.

9-16 January 2009: Authorities bulldozed Khavaran compound, destroyed grave markings and planted dried seedlings across the area. Bones presumably belonging to executed prisoners were visible after destruction. There were rumours that the remains of victims had been transferred to somewhere outside Khavaran.

September 2009: Security guards called up and intimidated families for visiting Khavaran and forbade their entrance into the cemetery.

March 2010: A number of families received telephone threats not to go to Khavaran. Those visiting the cemetery were assaulted by guards. 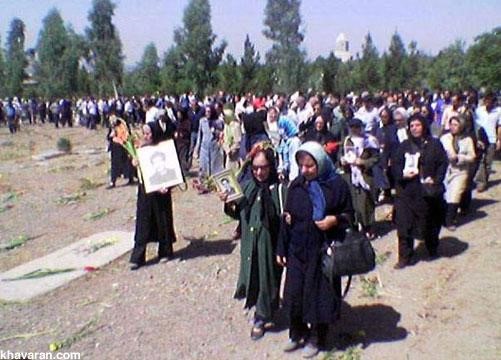 March 2012: Ja’far Behkish and Reza Moeini wrote a letter about the 1980s mass executions to Ahmed Shaheed, the UN Special Rapporteur on the Situation of Human Rights in Iran.

June 2011: Victims’ families testified before Ahmed Shaheed about the 1980s executions and persecution of families.

August 2013: Mansureh Behkish wrote a letter to President Hassan Rouhani, underlining the need for holding accountable all those responsible for executions of prisoners and persecution of their families.

August 2013: Parvaneh Milani wrote a letter to President Hassan Rouhani, objecting to the appointment of Mostafa Purmohammadi to Minister of Justice. 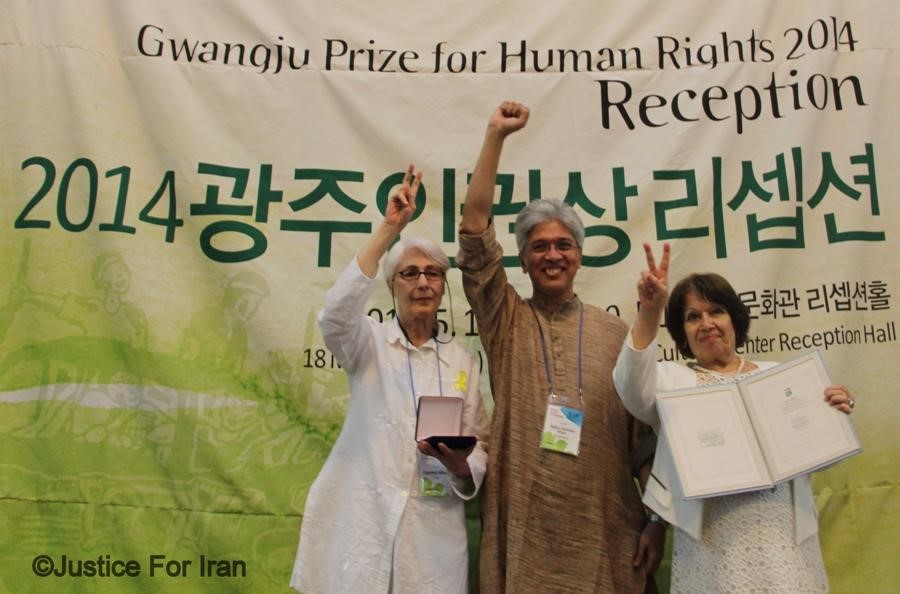 May 2014: The Mothers of Khavaran received the 2014 Gwangju Prize for Human Rights from the South Korean 18 May Memorial Foundation. 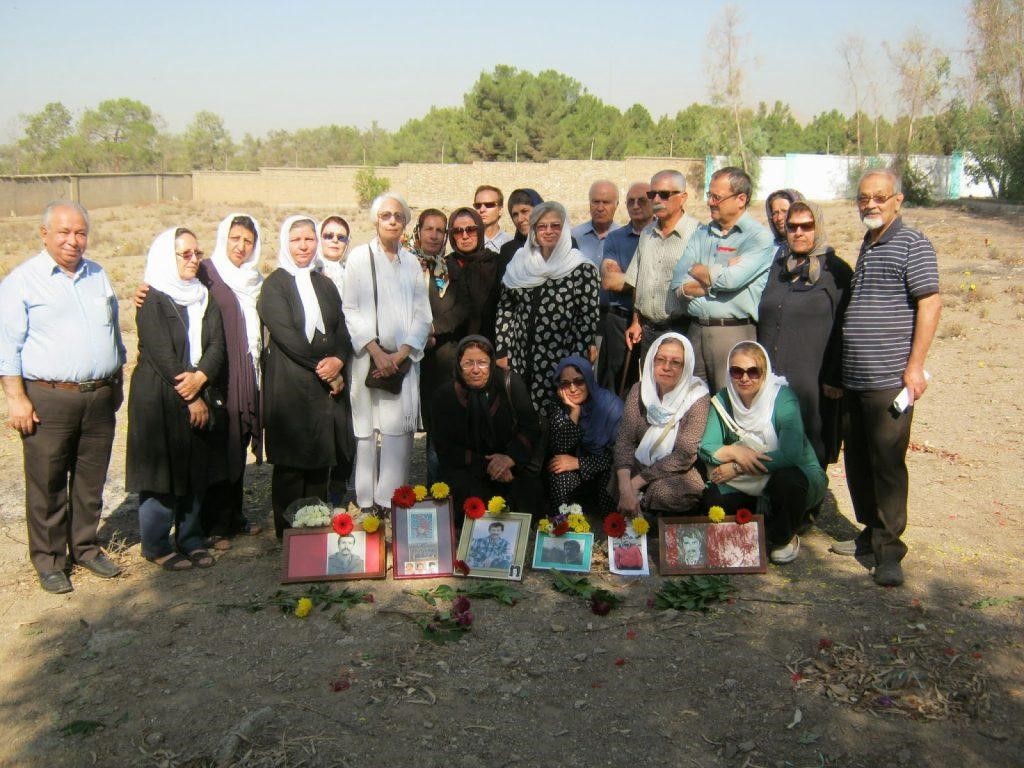 September 2014: Anniversary of the mass executions was held in Khavaran after seven years without the interference of police and security guards.

25 October 2014: Police assaulted families gathered in Khavaran and forced them out of the cemetery.

March 2015: Families were prevented from holding memorial ceremony in Khavaran on the last Friday of the year.

September 2015: Families were prevented from holding a ceremony on the anniversary of the 1988 massacre in Khavaran.