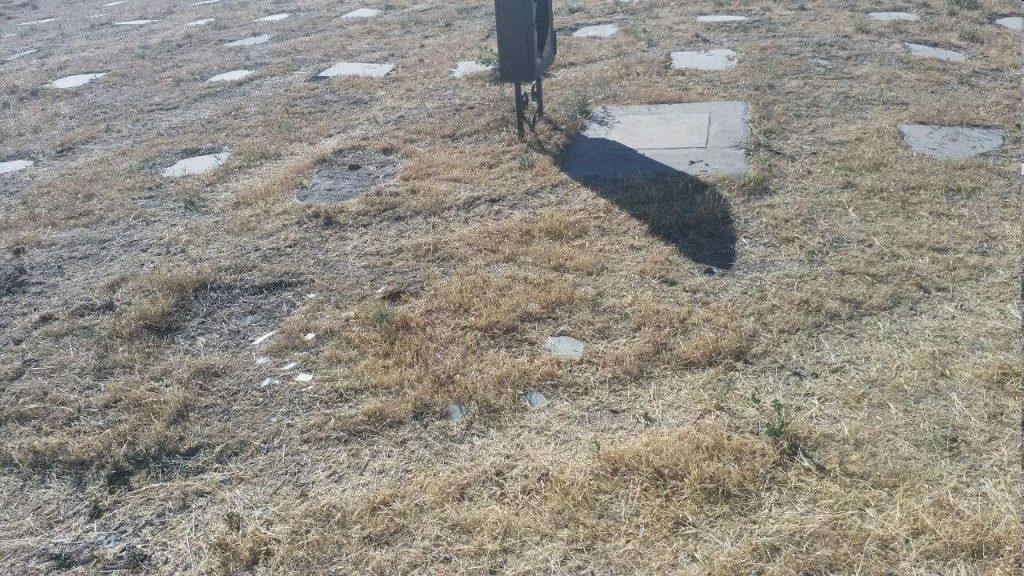 At the entrance of the Vadi-e Rahmat Cemetery in Tabriz, next to the bus station, there is a field called ‘The Children’s Section’ by the authorities. It was also called ‘Land of the Infidel’ or ‘the Damned Land.’

Early after the 1988 massacre, officials persistently dumped garbage in the area and damaged the stones that families placed on the graves of their children. 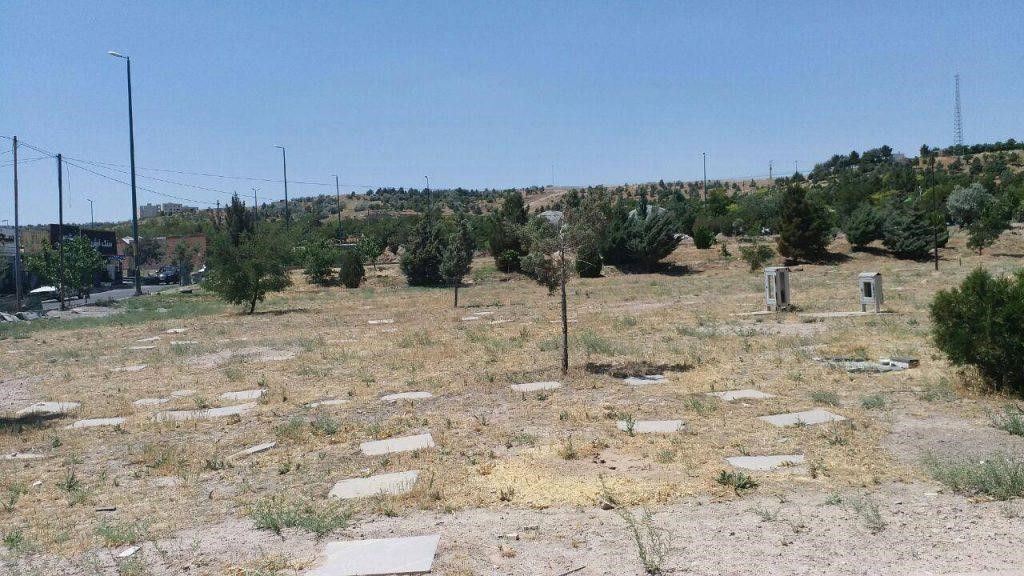 Families and locals believe some political prisoners executed in 1988 are buried here in mass graves.

The photos obtained from Google Earth indicate children’s section remained almost intact until June 2017, while other parts of the cemetery, particularly martyrs’ section, were reconstructed at that time.

According to the eyewitnesses, state agents covered more than half of the children’s section and political prisoners’ grave sites with concrete. 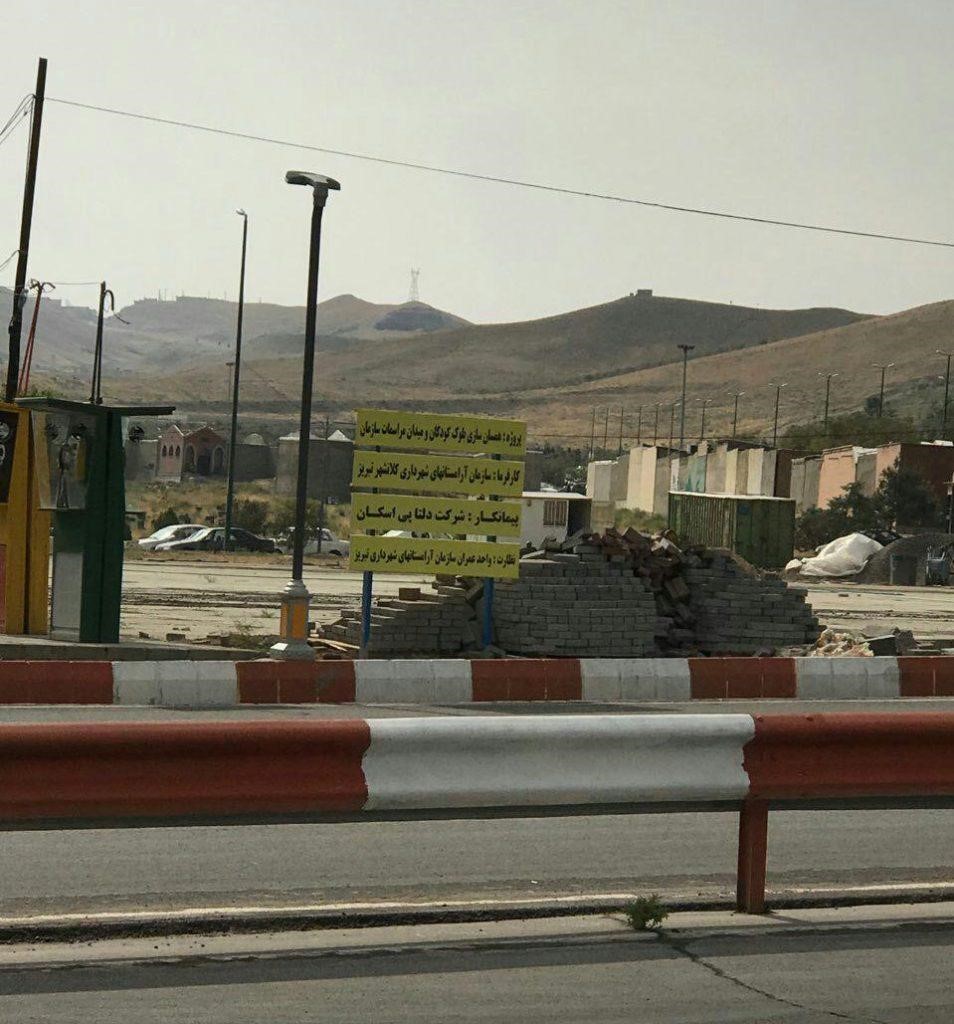 The banner in the photo above announces that the destruction operation was carried out following the decision of the Cemeteries Organization of Tabriz, to integrate the children’s section into the space reserved for holding memorial ceremonies. 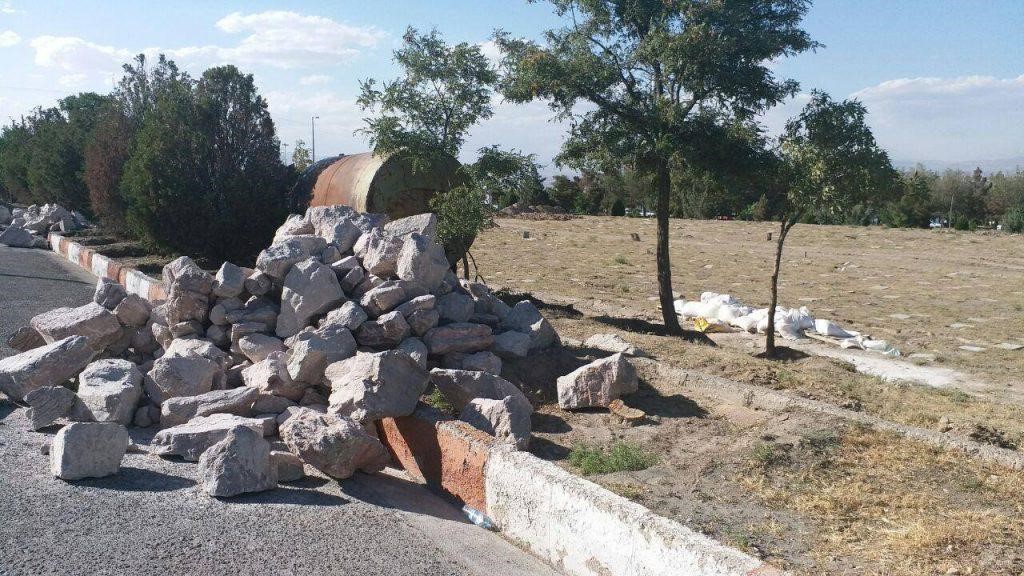 Pouring concrete over the grave site of political prisoners in Tabriz. 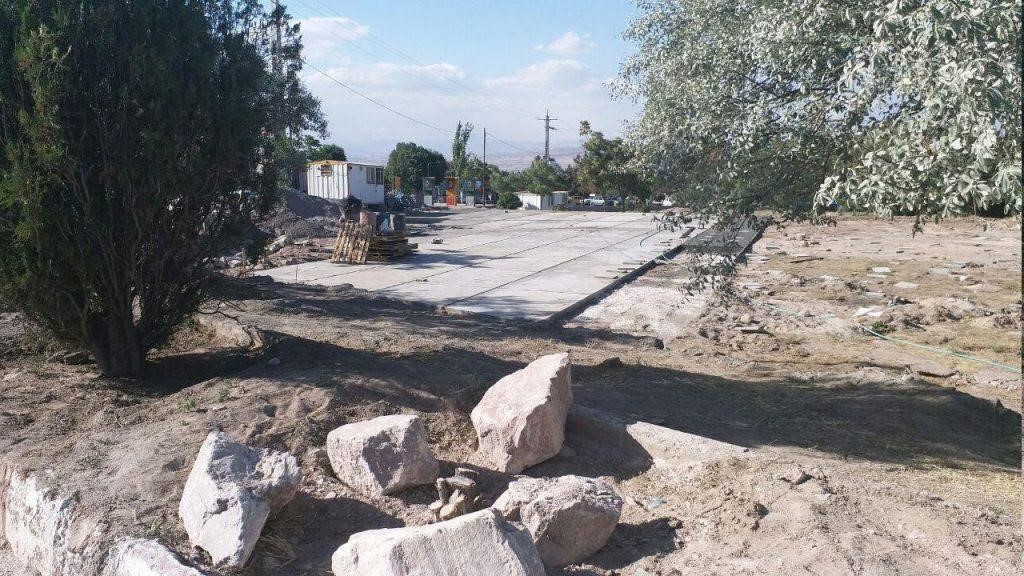 Pouring concrete over the graves of political prisoners in Tabriz

Eyewitnesses have reported that security agents in plain clothes kept guard during concrete pouring operations, preventing them from taking photos and videos from a close distance. The following clip, filmed in secret, shows the security agents.

The satellite images of the area obtained from the Google Earth confirm the reports and photos of the locals on the destruction of political prisoners’ grave site in Tabriz.

The comparison of two above photos indicates destruction operations began between 9 and 26 June 2017.

After concrete pouring on the grave site, an altar-like entrance gate and a platform were constructed at one side of the section. The construction progress of the entrance gate –marked with red color-is visible in the satellite photos. The platform and the concrete front compound are supposed to be used for official ceremonies.

According to the satellite images, more than half part of the children’s section was covered up by the autumn of 1990. The area contains the graves of political prisoners executed in the early 1980s, as well as the reported mass graves of those executed during the 1988 massacre.

According to the news on the state media outlets, the site for holding memorial ceremonies for martyrs buried in Vadi-e Rahmat was officially opened in September 2017. 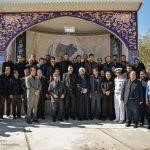 The picture was shared by Nasl-e Tadbir website reporting on the official opening of the open-air space built in Vadieh Rahmat cemetery for holding memorial ceremonies.

Reports quote from Ahad Fallahi, the managing director of the Cemeteries Organization of Tabriz, who said, ‘The concrete open-air space for holding memorial ceremonies, measuring 6450 m2 and 12cm thick, is constructed to provide service to the people visiting martyrs’ graves in Vadieh Rahmat Cemetery.’ 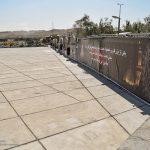 In another report, explaining the destruction of the children’s section and consequent construction operations, Fallahi stated: ‘The newly constructed space measures 10000 m2. The previous site was not large enough for holding memorial ceremonies on different occasions. Assimilating the children’s section into the space was accomplished following the consent of the board of directors, and its proximity to the martyrs’ section facilitated the project.’

The identities of locals who contributed to this article by providing Justice for Iran with their information are not disclosed for security reasons.

Photos, mostly from Iran Probe website, are republished after being fact-checked by Justice for Iran.

One of the photos, as well as the video on the destruction of political prisoners’ grave sites are provided exclusively for use by Justice for Iran ,by the Human Rights Activists News Agency (HRANA).