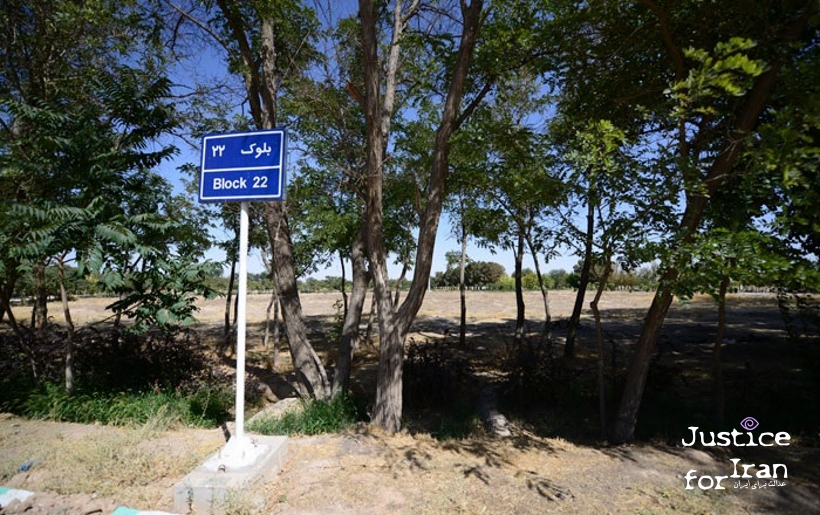 It is believed that nearly 170 political prisoners were buried in mass graves in Behesht-e Reza Cemetery.

The approximate location of mass graves on Google Maps is available through the following links:

Over the past years, the authorities have deployed various techniques in order to prevent families from holding commemorative gatherings at the grave sites. They occasionally direct water over the site, destroy markers and memorial signs over the graves, and surveil the area. 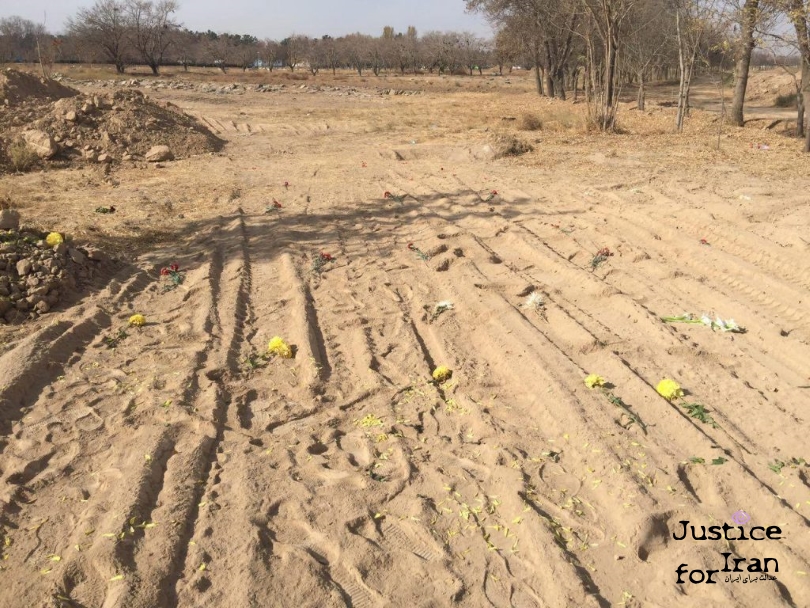 The bereaved families visiting the cemetery in Nowrooz 2017 realized that one of the mass grave sites, previously flat, was covered with mounds of soil. Later observations, photos, videos and satellite images suggest that authorities have started construction operations on two grave sites. They are making new burial plots in one section, and new buildings in the other.

If construction projects continues, all traces of these two mass grave sites will disappear.

Comparing two following images of the reported mass grave site in Behesht-e Reza Cemetery suggests that construction works in the area started between 12 July and 7 August 2016, because the site had been intact until July 12.

The last available satellite image of the area is from 10 February 2018. It shows that construction projects have progressed significantly, and a major area of the mass grave site is covered by new structures.

Bereaved families visiting this part of Behesht-e Reza cemetery in 2016 and 2017 noticed that the previously flat area was covered with mounds of soil.

The satellite imagery of the area obtained from Google Earth shows that dumping dirt on the mass grave site started between 24 April and 12 July 2016.

In the video clips taken from the area by locals at different dates, the destruction of the area and the preparatory works for building new burial plots are visible.

Video clip caption During his six years in Mashhad’s Vakil Abad prison, Amir Mirzaian befriended the other young men in his ward. “They were just like any other teenager,” he says. After his release, many of the friends he had made during his imprisonment were swiftly executed and buried in secret, unmarked mass graves.

In Iran, the prison massacre of 1988 is remembered by survivors and victims’ families, through the telling of stories like Mr. Mirzaian’s. He recalls, with great fondness, a memory of the young men with whom he shared a cell. He also morosely describes their tragic deaths, and the torture and harassment their families were forced to endure by authorities. After his friends’ executions, the location of their bodies—in unmarked mass graves—was ordered by Iranian officials to be kept secret. This secrecy deprived families of important burial rites.

Mr. Mirzaian still has nightmares about those times. His recollections of the incarceration, torture and mass-executions of prisoners, and about the aftermath of mass-graves and government’s harassment of victims’ families, fit into a pattern of crimes against humanity committed against some 4,000-5,000 individuals and their families 30 years ago. There has been no redress or accountability for these crimes. Amir Mirzaian hopes that history will not repeat itself.

The above photo, which is the last available satellite image from 10 February 2016, shows that the area is demarcated and prepared for the construction of new graves.